Eid-Al-Adha: Celebrations Across India In Shadow Of Pandemic

In view of the deadly second wave from earlier in the year as well as warnings of an imminent third wave, several states have laid out fresh rules and regulations for Bakrid celebrations. 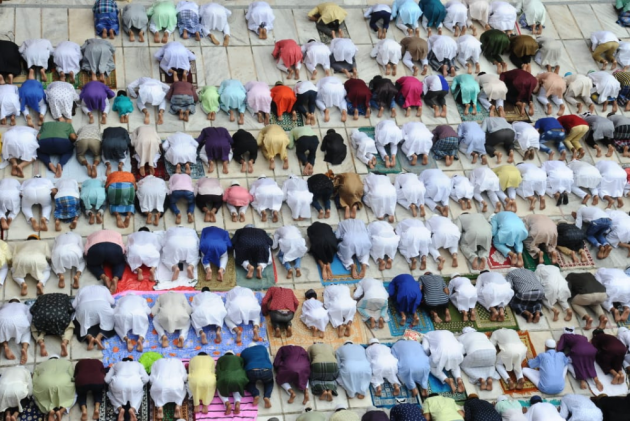 Millions of devotees across India are celebrating Eid-Al-Adha, also known as Bakrid, under the pall of Covid-19 with the pandemic stretching on for the second year during the festival.

In view of the deadly second wave from earlier in the year as well as warnings of an imminent third wave, several states have laid out fresh rules and regulations for Bakrid celebrations.

In Jammu and Kashmir, mass gatherings have been restricted to a maximum of 25 persons. The Union territory administration has also ruled out congregational prayers to avoid a potential third wave in the state.

In Photos: Eid-Al-Adha Celebrations Around the World

Covid-19 restrictions were eased for three days in Kerala by order of the state government to mark Eid-al-Adha. However, the Supreme Court on Tuesday directed the state to reconsider the relaxation following criticism from several quarters including sections of the Indian Medical Association (IMA). The government could change or withdraw its Saturday order to allow relaxations but as of now, no response had come from the Pinrayi Vijayan government since the SC order.

In Uttar Pradesh, the Yogi Adityanath government has put a cap on mass gatherings with only 50 people allowed per gathering. Rules have also been laid out for animal sacrifice - a part of Bakrid celebrations, designating certain spots for the rituals to be performed in. The government also cautioned against the slaughtering of cows and other restricted animals.

Karnataka has also put a 50 person cap on gatherings inside mosques. Devotees have also been asked to maintain social distancing of 6 ft in mosques and carry their own praying cloths. Public animal sacrifice has been strictly prohibited and children under 10-year-old have been disallowed from entering mosques.

With places of religious worship remaining shut in Maharashtra in wake of the pandemic, the government has asked Muslims of the state to celebrate Bakrid at home. No congregational prayers or prayers inside Eidgah or mosques will be allowed.

Mass prayers have also been restricted in Delhi's Jama Masjid. Rajasthan has issued fresh restrictions on mass gatherings as well ahead of Bakrid. Bihar's Waqf Board has also asked mosques to not hold mass prayers and gathering inside the mosque to mark Eid-Al-Adha.

With several parts of Assam continuing to be under containment,  the government has allowed a maximum of five persons to congregate inside a mosque and offers prayers on Bakrid. Curfew remains intact in Guwahati, timings have been relaxed till 5 pm in 26 other districts of the state.

No restrictions on prayers and mass gatherings have been put in place in states like Gujarat and Telangana where authorities have urged Muslims to maintain Covid-19 protocols while celebrating the festival.