The car heading towards Uttar Pradesh was hit by a vehicle from behind at Badii area along the Haryana highway, following which it rammed into a truck, leaving eight people travelling inside it dead. 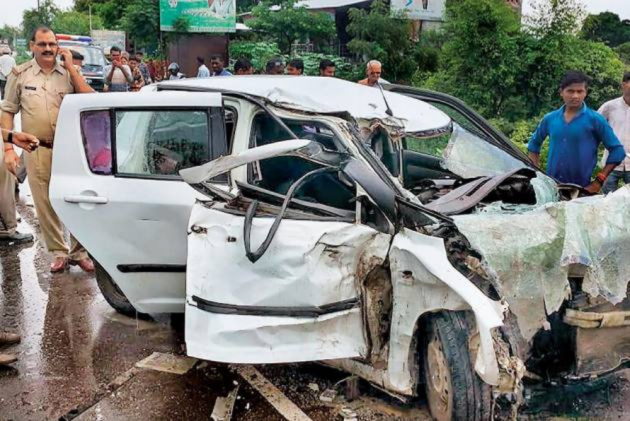 Eight people were killed while one was injured in an accident in Haryana’s Jhajjar district on Friday, police said.

According to the police, the accident occurred along KMP Expressway at Badii area in the district, after a car was hit by another vehicle from behind, following which it rammed into a truck, leaving eight people travelling inside it dead.

The deceased included three women and a child, police said.

It added the car was heading towards Uttar Pradesh.(With PTI inputs)