Saifi, a resident of Bulandshahr, was travelling to Loni at the time. He has alleged he was targeted because of his religion. 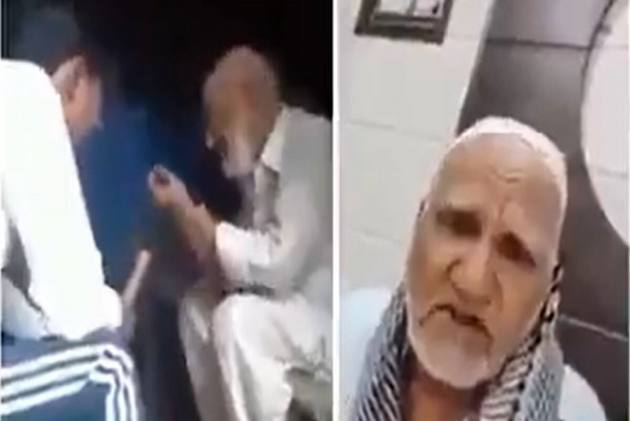 In a viral video on social media, a 72-year-old man, Abdul Samad Saifi, was allegedly attacked by at least two people and forced to chant ‘Jai Shri Ram’ in Ghaziabad’s Loni.

Police said a video of the incident, which took place on June 5, was uploaded on social media a few days ago and it shows a man hitting Saifi and trying to cut off his beard as the victim tries to evade the blows. One of the accused has been identified as Ghaziabad resident Pravesh Gujjar, who has been arrested.

Saifi, a resident of Bulandshahr, was travelling to Loni at the time. He has alleged he was targeted because of his religion.

He alleges that goons put gun on his head, he was forced to chant Jai Sri Ram and they brutally beaten him, assaulted & chopped off his beard.#Islamophobia

The man, who has identified himself as Abdul Samad, a native of Bulandshahr in Uttar Pradesh, however, had not made such allegations in his complaint as in the video, said Ghaziabad SSP Amit Pathak.

The SSP also said in the case, the police have already arrested one person, named Parvesh Gujjar, who had taken an amulet from Samad who practices occultism.

After the arrest, the have police repeatedly summoned Samad to join the investigation, but he never came back to the police, the SSP said, adding he was also summoned for Monday, but he is yet to appear.

Meanwhile, showing his purported injuries in the video, Samad has said he was abducted from the Gokulpuri area when he took an auto for Loni in Ghaziabad.

The autorickshaw had already two people in it when he hired it while two more boarded it a little distance ahead, said Samad in the video, adding the four suddenly pounced upon him inside the auto, covered his head with a cloth and began beating him up.

They eventually drove me to a secluded house in a field in Behta Hazipur village of Loni where they further beat me up while asking me to chant Jai Shri Ram.

Every time I cried in pain and inadvertently uttered “Allah” they beat me up again asking me to chant Jai Shri Ram instead, said Samad.

They even shaved my beard, calling me a spy of Pakistan, he said.