Watch: 76-Year-Old Woman Dies After Being Slapped By Son In Dwarka

Ranbir can be spotted slapping his mother following which she falls on the floor. 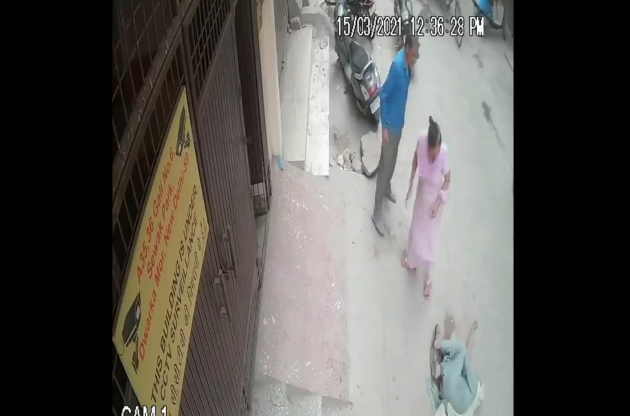 An elderly woman in Delhi's Dwarka died after being slapped by her son on Monday, police said.

Police lodged a complaint against 76-year-old lady's son Ranbir under Section 304 (punishment for culpable homicide not amounting to murder) of the Indian Penal Code (IPC)  based on CCTV footage that was shared on social media platforms.

Horrible. A man in Delhi slaps his old mother, she dies. pic.twitter.com/NsAO8PZb7b

As reported by The Hindu, Dwarka DCP Santosh Kumar Meena said that the police were not informed by any party aware of the incident, including the hospital authorities where Avtar Kaur was declared brought dead.

“No information regarding the Medico-Legal Certificate (MLC) was received. There was no MLC prepared. No PCR call was also made,” he added. The police are yet to investigate the reason behind no preparation of the MLC by the hospital and why they did not inform the police.

A PCR call regarding an argument was made at 12:07 pm on Monday to the police station after which the officials reached the spot in Dwarka's Bindapur.

Avrat Kaur, her son Ranbir, and her daughter-in-law got into an argument with the owner of a building in the area over parking of vehicles. The matter was later sorted out.

Later, Ranbir slapped his mother as a quarrel ensued within the trio. According to the video that surfaced online, Ranbir can be spotted slapping his mother following which she falls on the floor and Ranbir's wife tries to pick her up.