P Chidambaram, the senior Congress leader also said the plank of nationalism, propagated by the BJP, is a ploy to hide "failures" of the NDA government in the Lok Sabha elections 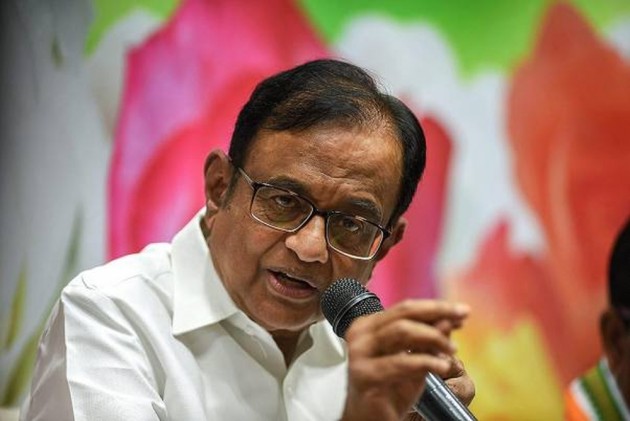 Charging that the Election Commission has "largely failed" the people of India, Senior Congress leader P Chidambaram Sunday accused the poll body of being "silent spectator" to the "excesses" of the BJP and to the utterances of Prime Minister Narendra Modi.

The former Union Finance and Union Home Minister also said the plank of nationalism, propagated by the BJP, is a ploy to hide "failures" of the NDA government.

"According to me, the Election Commission has largely failed the people of India. It has been a silent spectator to the excesses of the BJP, Mr Modi's utterances and the enormous amount of money that has been spent by the BJP," he told PTI in an interview.

Recently, the opposition has complained to the EC alleging that the PM had "brazenly" violated the poll code by invoking armed forces repeatedly during his poll rallies and demanded that a campaign ban be imposed on him for some time.

The Congress has said it has given 37 representations to the EC of which 10 can be categorised under "hate speeches, virulent, divisive, polarising" by Modi and BJP President Amit Shah.

In the interview, Chidambaram answered questions ranging from the possibility of UPA-III coming to power after the Lok Sabha polls, recent searches by the Income Tax department, the CBI and Enforcement Directorate on some opposition leaders, besides other issues.

Chidambaram claimed that the EC has been asking accounts of every opposition candidate and even on their small spendings like on a flag.

"They (EC) are adding what it is called notional expenditure, to the expenditure account of the candidates. If you apply the same standard, every BJP candidate will be disqualified," he said.

Asked about the BJP raising the issue of nationalism during the campaigning, the Congress leader asked whether Indians were anti-nationals before the BJP came to power.

"Nationalism is a slogan to hide their failure. Every Indian is a patriot. No patriot can be called anti-national. The BJP has manipulated the media to sell this idea of nationalism which has no meaning. The only relevant question is (whether) every Indian is happier than what he was five years ago. I am saying 'No'. Every Indian is living in fear. Women, Dalits, Scheduled Tribes, journalists, academicians, all of them are living in fear," he claimed.

Asked about the prospects of the formation of the UPA-III government by the opposition after the general elections, the Congress leader said he was absolutely confident that the BJP will not be able to retain power.

"The government will be a non-BJP government. Obviously, that is Congress plus pre-election allies which will play a big part. If there are more postelection allies, then I think the UPA-III has a very good chance," he said.

Chidambaram said there is a "reality" that all non-BJP parties like the SP, BSP and Trinamool Congress will join hands with the Congress to form a stable government.

"I am very confident that the SP, BSP and the TMC, which are now contesting separately, will join hands with the Congress and other UPA parties," he said.

Chidambaram said after the Lok Sabha elections, the reality will be set up and the reality is that all non-BJP parties, particularly all secular progressive parties, will have to come together to form a stable government.

The Congress leader said never before in India, certainly not in election period, has the Income Tax department, the CBI, and the Enforcement Directorate were so "blatantly misused".

"They said tip-offed. Tip-offs (come) only about opposition candidates? There is no tip-offs about the BJP candidates? What about the huge amount spent in every PM rally? Every (PM) rally must be costing about Rs 10 crore. Where is this money coming from? Who is paying for the rallies? Where is that accounted for?," he asked.