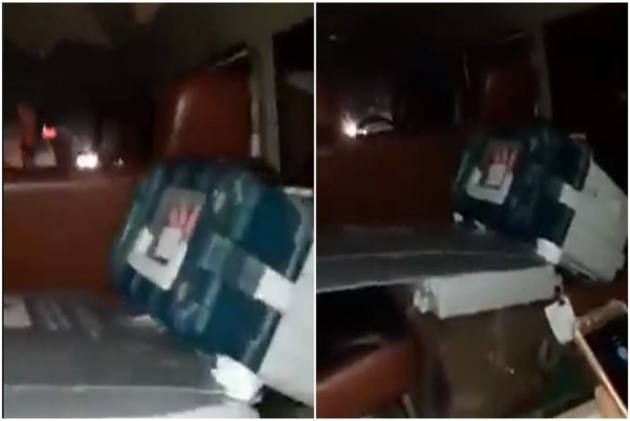 A day after a video surfaced on social media which allegedly showed electronic voting machines (EVMs) in the car of Patharkandi BJP candidate Krishnendu Paul, the Election Commission on Friday ordered repolling in polling station 179 of Ratabari seat in Assam.

The officers responsible for the transportation of EVMs have been suspended and a further inquiry is underway.

“The Polling party of 149-Indira MV School of LAC 1 Ratabari (SC) met with an unfortunate incident on April 1, 2021. The polling party comprised a Presiding Officer and 3 polling personnel. They were accompanied by police personnel comprising a constable and a home guard,” the EC said.

"Although seals of the EVM were found intact, it has nevertheless been decided to do a re-poll at No. 149- Indira M.V. School of LAC 1 Ratabari (SC) as an added precaution," the poll panel added.

Targeting the BJP over the incident, Congress leader Priyanka Gandhi said the Election Commission needs to start acting decisively on reports of private vehicles transporting electronic voting machines, and a serious re-evaluation of the use of EVMs needs to be carried out by all national parties.

Every time there is an election videos of private vehicles caught transporting EVM’s show up. Unsurprisingly they have the following things in common:

1. The vehicles usually belong to BJP candidates or their associates. ....

Tagging the tweet which carried the video, Priyanka Gandhi said every time there is an election, videos of private vehicles caught transporting EVMs show up.

"Unsurprisingly they have the following things in common: 1. The vehicles usually belong to BJP candidates or their associates. 2. The videos are taken as one-off incidents and dismissed as aberrations 3. The BJP uses its media machinery to accuse those who exposed the videos as sore losers," the Congress general secretary said.

Violence broke out in Karimganj district of Assam on Thursday night after some Congress and AIUDF supporters spotted a BJP candidate's vehicle being used to take a polled EVM to the strong room, forcing the police to fire in the air to bring the situation under control.

"They took a lift in a private vehicle. Incidentally, the vehicle was registered under the name of sitting BJP MLA from Patharkandi Krishnendu Paul. When it reached Nimal Bazar area, some public spotted it," an official of the district administration said.

Paul is also the BJP candidate from the seat this time. The mob, mostly consisting of AIUDF and Congress supporters, vandalised the vehicle, upon which the polling party ran away, leaving behind the EVMs, eyewitnesses said.

"The Deputy Commissioner and Superintendent of Police reached the spot immediately and they tried to pacify the mob. But the crowd did not listen, forcing the police to fire in the air to disperse them," police sources said.