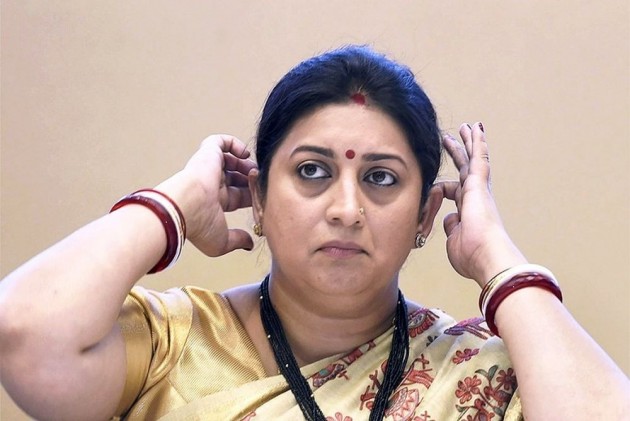 The Election Commission on Monday said the allegations of booth-capturing in Amethi by Union Minister Smriti Irani were found to be "false".

Talking to reporters, the Chief Electoral Officer (CEO) of Uttar Pradesh, Venkateshwar Lu, said the charges levelled by an elderly woman in a video clip that went viral on social media were found to be "baseless".

"Following the complaint, the sector officer, senior officials and even observers rushed to the booth and spoke to the polling agents of the political parties, other officials in the polling booth following which it was conclusively found that the charges in the video clip were fabricated. Due to prima facie allegations in the clip, the presiding officer was summarily removed while the probe was going on," he said.

Irani, who is the BJP candidate in Amethi, had tagged the video in her tweet and alleged that polls were being rigged.

The former HRD minister had been camping in Amethi for the past month-and-a-half and ran an uncompromising election campaign against Rahul and his sister Priyanka Gandhi Vadra.