The Election Commission order said BJP leader Maneka Gandhi not only violated provisions of the model code, but also the Representation of the People Act dealing with 'corrupt practice'. 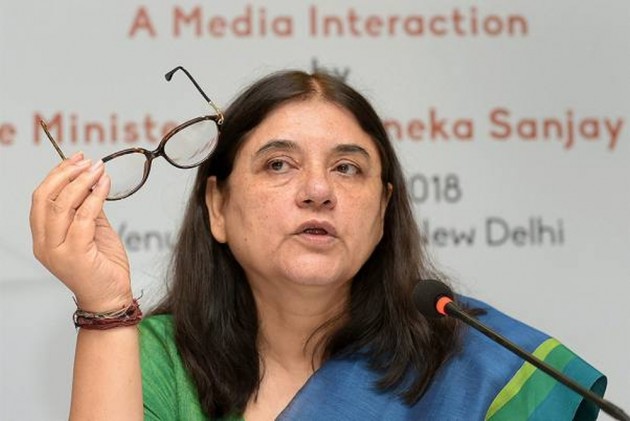 The Election Commission Monday "strongly condemned" Union Minister Maneka Gandhi for her "ABCD" remark in Sultanpur where she warned voters that government work suffers in areas which do not vote for her.

The commission also warned her not to repeat "such misconduct in future".

The EC order said Maneka Gandhi not only violated provisions of the model code, but also the Representation of the People Act dealing with "corrupt practice".

In Pilibhit, Maneka Gandhi Tells Voters Her 'ABCD' Grading Of Villages Based On Votes

Addressing a poll meeting in Sarkoda village in Sultanpur, Uttar Pradesh on April 14, Maneka Gandhi had said, "We win in Pilibhit every time, so what is the parameter that we work more for one village and less for the other?"

She said the development work first happens in all A category villages. Then comes B and only after work in B is done, we start with C, the minister had said.

On April 15, the poll panel had reprimanded her and barred her from holding campaigning for 48 hours for her communal remarks.