Elections Likely In Jammu And Kashmir After Delimitation Exercise: BJP 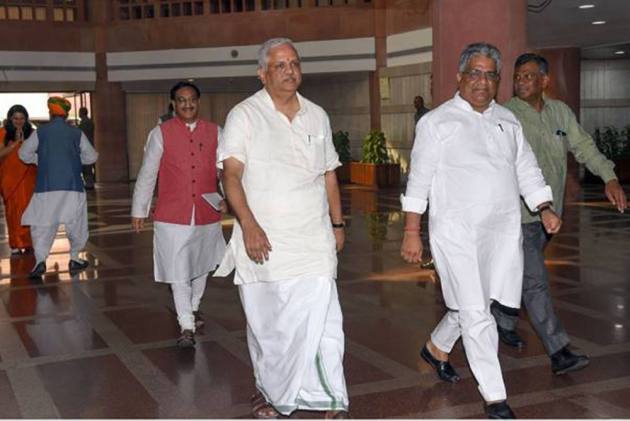 BJP leader BL Santosh on Friday said that Assembly elections will be held in Jammu and Kashmir after the delimitation exercise is conducted.

Santosh’s remarks come after he undertook a two-day visit to Srinagar and Jammu, when he chaired a meeting of former MLAs & MLCs. He also met with various office bearers of the saffron party’s J&K unit along with J&K BJP president Ravinder Raina.

According to the BJP, during these meetings, he said after the Delimitation Commission tables its report, elections will be held in the UT.

“We have to prepare to contest and register victory with a thumping majority. The splendid development under PM Narendra Modi during the past seven years and new projects of health, education and power, which have been gifted to J&K after its reconstitution is the hallmark of the Union government and the same needs to be highlighted so that the people are made to understand as to who is their real well-wisher, who stands for real development of J&K and who promotes dynastic politics,” a BJP spokesman said quoting BL Santosh.

According to a statement released by the party, Santosh stressed on the constitution of booth committees and urged party workers to initiate programs with proper management. “He also sought details from the district prabharis about the number of mandals, their visits to the mandals and asked them to put more effort to ensure that party activists assigned different responsibilities are in constant touch with their seniors,” the BJP statement said.

“Santosh asked party men to be available not on demand but by their activity, advising them to be in regular touch with their respective booths and participate in the activities. He also sought details related to the working of the headquarter office and the media management besides discussing the Mann ki Baat program and creating WhatsApp groups at Mandal levels,” the statement added.

Further, BJP spokesman Manzoor Ahmad Bhat said that Santosh acknowledged the tough situation in which the BJP workers in Kashmir are working in. Bhat said he praised their role and urged them to continue to work for the party with dedication.

Most political parties in Jammu and Kashmir have expressed fear that the Delimitation Commission will act against the Muslim majority of J&K and convert into a political minority through gerrymandering of Muslim majority constituencies in Jammu, giving more seats to Jammu and reserving seats for special categories.