Finance Minister Arun Jaitley said the BJP preferred legitimate methods like crowd sourcing, cheque and electoral bonds over 'the old obsolete style' of collecting only black money by some parties. 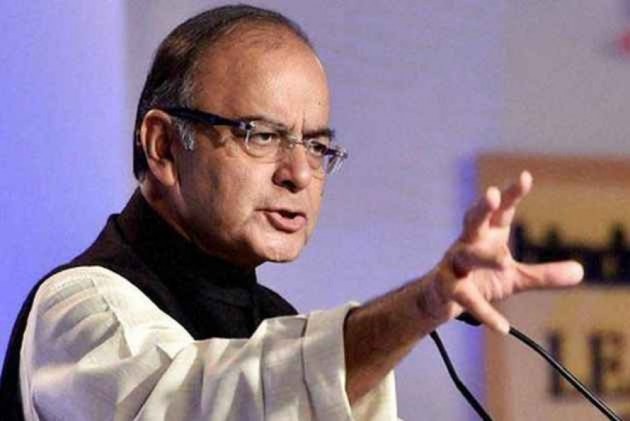 Terming electoral bonds a legitimate and transparent method of political funding, Union Finance Minister Arun Jaitley on Sunday said it masks the link between the party and the donor in the same way the electoral trusts brought by the UPA did.

NGOs have tendency to either exaggerate or misrepresent and were spreading misinformation about the bonds, he said in a Facebook post.

"Those dealing with elections and electoral reforms have come out with two categories of reports. The first one says that since in its balance sheet, the BJP declares much larger income, it should be assumed that it gets more donations than other parties.

"The second report says that BJP gets the lion's share of the electoral bonds. Both display a lack of understanding of how parties function," he said

Jaitley said the BJP preferred legitimate methods like crowd sourcing, cheque and electoral bonds over "the old obsolete style" of collecting only black money by some parties.

"It (BJP) declares a larger income and gullible friends in the NGOs believe that they get more," he said, asking the NGOs if they "honestly" believe the balance sheets of the Bahujan Samaj Party, the Samajwadi Party, the Telugu Desam Party (TDP) or several others.

"They (parties) obviously do not disclose the income that they get because most of these donations are in cash. This has significantly reduced the credibility of the reports of these NGOs."

Highlighting his association with political funding reforms, Jaitley said he, as Law Minister in the Atal Bihari Vajpayee government, moved a Bill legitimising donations through a cheque provided it is declared to Income Tax Department and the Election Commission.

Later, Pranab Mukherjee, as a Finance Minister during UPA-II, brought out "a second reform" in the year 2010 as he realised cheque donations would not bring a change, he said.

"Donors fear the consequences of their revealed identities being linked to a political party to whom they donated. He very wisely masked the identity by creating a pass-through electoral trust in 2010.

"This practice legislated by UPA-II, is still in progress and utilised by some."

Jaitley said the NDA government similarly created the instrument of electoral bonds in 2017 based on the principle of masking the link between the party and the donor, to encourage the latter to donate white money without fear of consequences.

He said there was improved transparency in the electoral bonds as against the original system of cash, and the State Bank of India has a record of the donors.

"The link between the donor and the identity of the party is masked in the same way as is done in the case of electoral trust.

"Surprisingly the attack is against the bonds and not the electoral trusts because the earlier was brought by the NDA and the latter was by UPA," he alleged.

Jaitley claimed that donors will have no option but to donate only by cash after siphoning monies from their businesses if the bonds do not exist.

He cited the recent Election Commission and IT raids in states like Karnataka, Tamil Nadu, Andhra Pradesh, and Madhya Pradesh, where taxpayers' money "is being siphoned out and round-tripping into politics".

"Is that a better option or the reformed system of all white money and improved, if not a perfect transparency? NGOs and commentators must look beyond their nose," he asked.