The Supreme Court on Friday directed all political parties to the donation that they have received by means of electoral bonds to the election commission fo India by May 30. 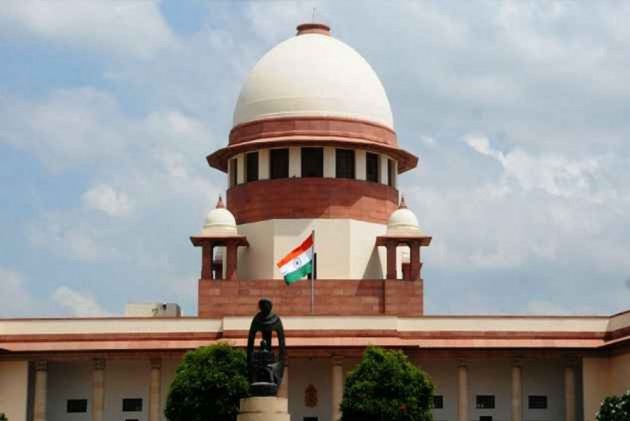 The Supreme Court, on Friday, refused to grant an interim stay on the Centre’s controversial electoral bond scheme but directed all political parties to disclose to the Election Commission by May 30, in sealed covers, the details of donations they have received till May 15 through the electoral bonds.

The top court’s bench headed by Chief Justice Ranjan Gogoi has said it will hear, at an appropriate date, the main plea for quashing the scheme altogether on the ground that it is constitutionally invalid and against transparency in political funding.

While the extant plea of the petitioners to impose an interim stay on the scheme has not been granted, the court has directed political parties to disclose, albeit in sealed covers, to the EC details of donors who contributed through electoral bonds, the individual amounts received from such donors and all other relevant information, thereby lifting the veil of anonymity that electoral bonds were protected under.

The scheme, introduced by Union finance minister Arun Jaitley while presenting the general budget in 2017, allowed corporates to make anonymous donations to political parties. The Centre had also, through electoral bonds, relaxed earlier conditions under which corporate entities could only contribute 7.5 per cent of their average net profit of past three years to parties.

A clutch of petitions had been filed in the apex court challenging the validity of electoral bonds on grounds that the scheme introduced unprecedented opacity in political funding and allowed the ruling party to extort money from corporates as the identity of the donor would be known only to the banks from which the bond has been purchased or to the Union finance ministry.

The Supreme Court bench of Chief Justice Ranjan Gogoi and Justices Deepak Gupta and Sanjiv Khanna had, on Thursday, reserved its order on the pleas by Association for Democratic Reforms (ADR), Common Cause (both NGOs) and the Communist Party of India (Marxist) which had sought a stay on electoral bonds for political funding.

During the arguments in the case on Thursday, Attorney General KK Venugopal, appearing for the Centre, had come in for some strident questioning by the judges after he claimed that while voters may have the right to know about their candidate, “why should they know where the money of political parties is coming from”. The AG had also claimed that in light of the top court’s landmark Puttaswamy verdict (which identified the Right to Privacy as a fundamental right) corporates had the right to make anonymous donations.

The Centre’s senior-most law officer who has been in the news lately for frequently pushing arguments in the Supreme Court that appear to embarrass the Union government had also submitted that electoral bonds would, “in the long run”, curb black money entering the political spectrum while adding that “only time will tell” if this intended purpose has been served.

The bench, however, did not appear convinced with the submissions of the Attorney General. While the Chief Justice had pointed out that the “entire exercise of doing away with black money (in electoral funding) is negative”, Justice Gupta had said that the scheme was promoting opacity.

During the course of arguments, the Chief Justice seemed to have reservations on how even banking institutions from whom the bonds were being purchased may not be privy to the identity of the purchaser.

“When the bank issues an electoral bond on an application by X or Y, will it have details on which bond has been issued to X and which to Y” Chief Justice Gogoi had asked the Attorney General. When Venugopal replied in the negative, the Chief Justice had responded: “then your exercise of curbing black money is futile”. In a quick volte-face, the Attorney General then told the court that the bank would know the details because it would have the KYC information of the purchaser. However, Justice Gupta seemed unimpressed and told Venugopal that while KYC would reveal the identity of the purchaser to the bank, it would, by no means, authenticate the genuineness of the transaction and the possibility of black money being turned into white through purchase of electoral bonds would remain unaddressed.

It may be recalled that during earlier proceedings in the case, the Election Commission had informed the apex court that while it had no objection to the electoral bond scheme per se, it did not favour the anonymity clause. Advocate Prashant Bhushan, appearing for petitioners ADR and Common Cause, had told the court that the electoral bond scheme was designed to favour the ruling party at the Centre and pointed out that as per available records, over 95 per cent of the donations made to political parties through the bonds had gone to the BJP since the scheme was introduced.