Stan Swamy, 84, was on May 28 shifted from the Taloja prison in neighbouring Navi Mumbai to the Holy Family Hospital here after he filed a petition, seeking interim bail on medical grounds. 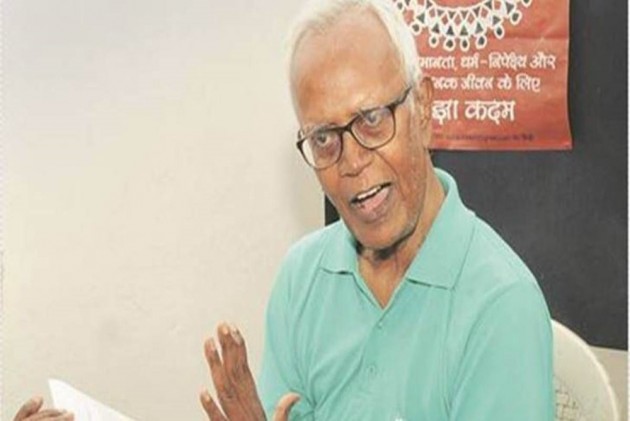 Jesuit priest and activist Stan Swamy, arrested in the Elgar Parishad-Maoist links case, shall remain admitted in a Mumba-based private hospital till June 18 as he is suffering from Covid-19, the Bombay High Court on Thursday said.

He was tested positive for the coronavirus infection after being shifted to the private hospital. He was lodged at the Taloja prison since his arrest in October 2020.

Swamy, 84, was on May 28 shifted from the Taloja prison in neighbouring Navi Mumbai to the Holy Family Hospital here after he filed a petition, seeking interim bail on medical grounds.

Stan Swamy, The Majesty Of Law And The Tenets Of Justice

On Thursday, his counsel Mihir Desai told a division bench of Justices S S Shinde and N J Jamadar that Swamy had tested positive for COVID-19 and hence, his stay at the private hospital should be extended.

The bench said Swamy shall remain admitted at the private hospital till June 18, and posted the petition for hearing on June 17.

The court also directed the hospital to submit in a sealed envelope medical reports of Swamy by the next date of hearing.

Last month, when Swamy was produced before the HC from the prison via video-conferencing, he told the court that his mental and physical health had declined steadily in the jail.

The Elgar Parishad case relates to alleged inflammatory speeches delivered at a conclave held at Shaniwarwada in Pune on December 31, 2017, which the police claimed triggered violence the next day near the Koregaon-Bhima war memorial on the Maharashtra city's outskirts.

The Pune Police had claimed the conclave was backed by Maoists.

The National Investigation Agency (NIA) later took over the probe into the case.