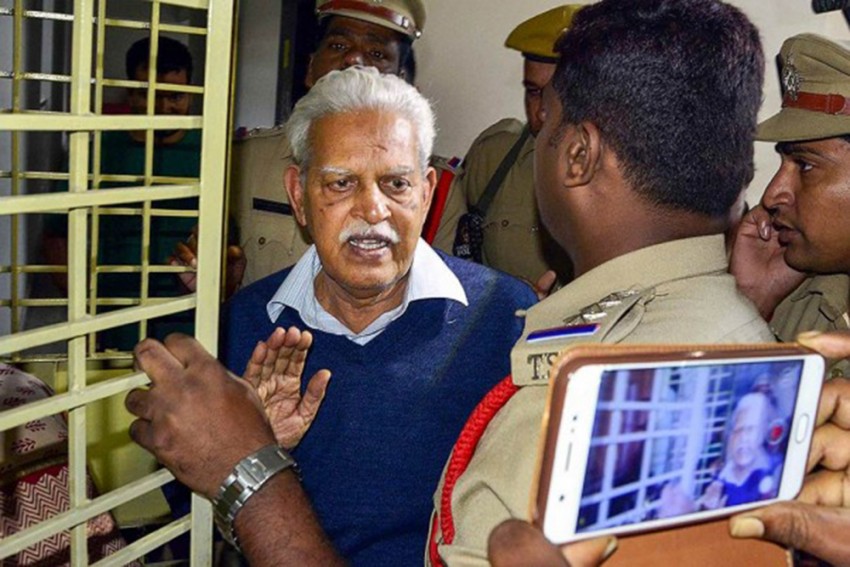 A bench of Justices S S Shinde and Manish Pitale ordered that Rao be discharged from the hospital, depending on his current health condition, and released on bail immediately after his discharge.

The 82-year-old activist was accused in the Elgar Parishad-Maoist links case being probed by the National Investigation Agency (NIA), is currently undergoing treatment in the Mumbai-based Nanavati Hospital where he had been admitted by the Maharashtra government following the high court's intervention.

The HC said if it did not grant Rao medical bail, it would be abdicating its duty to protect the principles of human rights, and a citizen's fundamental rights to life and health.

The bench also imposed stringent conditions in Rao's bail, including a direction to him to stay within the jurisdiction of the Mumbai NIA court for the period he is out on bail.

Rao will have to submit his passport before the NIA court, and he has been forbidden to establish any contact with his co-accused in the case.

He will also have to furnish a personal bond of Rs 50,000 and two sureties of the like amount.

On February 1, the HC closed all arguments in the case and reserved its verdict on Rao's medical bail plea and his wife Hemlatha's writ petition that alleged a breach of his fundamental rights due to inadequate medical care and his continued incarceration.

The case pertains to alleged inflammatory speeches made at the Elgar Parishad conclave held in Pune on December 31, 2017, which, the police claimed, triggered violence the next day near the Koregaon-Bhima war memorial located on the outskirts of the western Maharashtra city.

The police have also alleged that the conclave was organised by people with alleged Maoist links.