Come Crisis, Why Does India Wilt and Whimper? 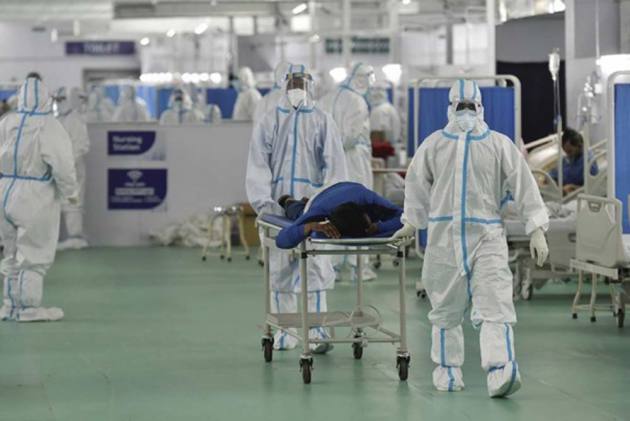 World’s largest democracy with the third largest army, a nuclear power and an IT powerhouse – a mere mention of these attributes, makes most Indians swell with pride. However, if we honestly probe our hearts, we should all be asking ourselves ‘do we focus on these because we are lacking in other areas?’

And nothing provides a better answer to this question than our response systems and the way our sense of nationhood crumbles when confronted squarely with a crisis and the Covid-19 pandemic is an apt example.

It is true that India produces 8,000-9,000 tpd (ton per day) of oxygen and the medical demand for it previously never exceeded 15 per cent of our production. If complete liquifying arrangements were to be set up, Reliance alone will have a capacity to produce 25,000 tpd. That’s almost eight times the amount of oxygen that was needed during the peak of the second Covid wave, when India required 3,000 tpd. But we only had 1,200 cryogenic tankers and only another 1000 of those carrying Nitrogen and Argon could be converted and pressed into service.

Fixing The Health Of Health Infrastructure

Further, the turn-around time and distance between the production clusters and the concentrated demand centres was massive. Everyone understood that it was a logistical problem than a supply constraint. This necessitated trucking to be fast, seamless and turn-around to be quick.

And since the pandemic has been a national disaster, the country’s disaster control mechanism needed to be given more teeth.

It also required empathy and collaboration on a national scale right from the top leadership to the constable on the road. And for that to have occurred, an unambiguous message prioritising the passage of oxygen transport should have been delivered.

And while the government went on an overdrive to ramp up capacity, the distribution aspect was forgotten leading to avoidable delays. Worse still, while the human tragedies unfolded, the Centre and state governments were slugging it out in the courts and in front of the media.

Failure to collaborate even in the face of such a grim situation only underscores the nadir to which our disaster response mechanism in particular and politics in general has descended to. No matter what the calamity, the sordid game of one upmanship of our political parties was never put on the back burner.

The second Covid wave provided the Centre and state governments with an opportunity to collaborate and set in place an emergency response team with over-riding powers and carry out the distribution of oxygen with force and transparent equanimity. However, in reality whoever could flaunt his money or flex his muscles on the street got oxygen and the rest were left to fend for themselves and meet their gasping fate.

It was clear that after the first wave, while officials boasted about containing the spread, no clear-cut warning systems or SOPs were put in place to tackle the second wave.

As a reflex action, the Union health ministry was first tasked to respond to the problem. It was forgotten that it is a small ministry with very few PSUs to provide it with either the manpower or the resources required for taking on such a challenge.

It took few days for officials to realise that it is the PSUs controlled by ministry of steel and ministry of petroleum along with the various “Reliances” and “Inoxes” of the world who control most of the oxygen in the country. And by the time the clueless Centre realised this, the scourge had spread.

Very quickly a task force of secretaries was constituted and Department for Promotion of Industry and Internal Trade (DPIIT) was given the charge to distribute the oxygen resources.
Unfortunately by then, much time was lost and the death toll had spiked.

So much is the centralised functioning of our system and so great is the aversion in offering any sane experienced-based suggestion that the Centre which in peace time appeared clear-headed and resolute while taking big political risk decisions, looked all at sea in a war-like-situation which required a quick, fair and fearless conversation with the commander.

While the scarce number of cryogenic tankers had to move and turn around swiftly, local politics was at play. For instance, if the Petroleum Ministry moved a tanker say out of Panipat refinery, an SDM in Haryana would seize it and divert it to his hospitals. If the tanker could reach Delhi Border, the local SHO could divert it elsewhere where his superiors wanted. Local politicians were free to intervene.

If after wading through these local government satraps, it did reach say the depot of DTC in Delhi which was used as temporary distribution point, people from hospitals including senior doctors had to be there to beg and beseech a clueless junior mandarin left to handle distribution. These doctors, who should have been serving in the hospitals had to resort to do this as there was no clear distribution policy in place.

However, one shouldn’t forget to highlight that during this crisis there have also been many instances of strong initiatives taken up by some well-meaning civil servants which softened the Covid blows.

But ad-hocism by the Government and crass profiteering by individuals peddling medicines and equipment at 10 times the MRP was the order of the day. All rules were thrown out of the window and larger consequences were ignored by the mighty. When an oxygen tanker from the UAE was arranged by some civil servants with the condition that these will be emptied and returned soon for re-filling and re-despatch, local politicians diverted them to Karnataka before they were forcefully stopped, averting a major international embarrassment.

In our hurried quest to become a “Vishvaguru”, we had promised vaccines to numerous countries only now to drag our feet at home. This has not exactly strengthened our position as a reliable partner nation. One only wonders how difficult it could was to do some straight math and calculate our capacity to produce jabs and match it with the population which required the vaccine?

Further, in February, the Subject Expert Committee (SEC) of Central Drugs Standard Control Organisation’s (CDSCO) threw all kinds of rule books at the likes of vaccine manufacturing giants like Pfizer. “We won’t indemnify; we won’t waive requirement of ‘clinical trials’ and the trials held in the UK, USA, and Israel are not good enough for us” and so on we said. Decision after decision, our narcissistic love for procedural grandiosity went to absurd heights of overlooking the urgent humanitarian crises which loomed and eventually did unleash its grim consequences. And if the likes of Pfizer are packed up and sent home in 15 days, why would anyone smaller even bother or dare to come?

However, luckily the second wave has started receding as fast as it began. But the message it has left is haunting. It has shown us that we remain a nation where a threatening and evolving situation is met by a conditioned bureaucratic response. Swift pragmatism is not what our system is skilled to exhibit. It is time we accord more importance to professional disaster management by giving bodies which deal with it more constitutional teeth. Otherwise, no matter what we are made to believe, we will continue to run the risk of being counted as a confused and a pathetic nation.

(The author is an Ex-IPS officer and a technology entrepreneur. Views Expressed are personal and do not necessarily reflect those of Outlook Magazine.)