Nine armymen and an arrested Pakistani militant have been killed in a security forces operation inside Bhatti Durrian forests of Poonch district that started on October 11. 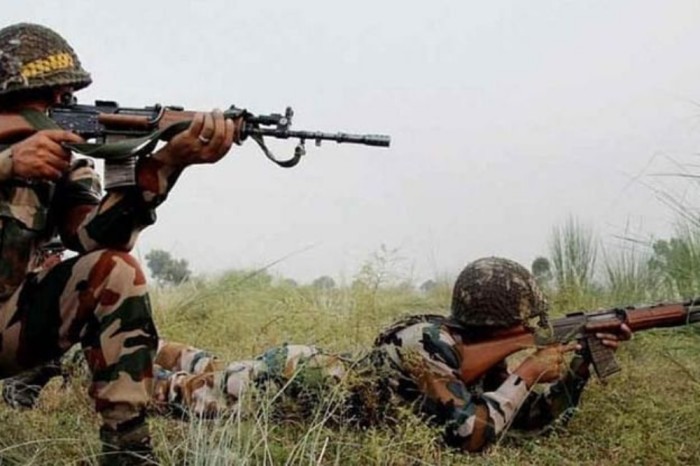 The security forces operation inside the dense forests in the border districts of Poonch and Rajouri entered into 15th day with heavy firing reported on Monday.

Officials said it is not clear whether the firing inside Bhatti Durrian forest was the result of a fresh contact with the terrorists, believed to be hiding in caves deep inside the forest.

Nine Army personnel including two JCO's and an arrested Pakistani terrorist have been killed and three security men injured since the commencement of the operation on October 11.

While five Army personnel were killed on the first day of the operation in Surankote forest of Poonch, four other soldiers lost their lives in Bhatti Durrian area of Mendhar on October 14.

The Pakistani terrorist, who was shifted from Kot Bhalwal Central Jail Jammu to Mendhar on police remand for questioning in connection with the ongoing operation was killed when the security forces accompanying him to identify a hideout came under fire from hiding terrorists on Sunday.

Besides Surankote and Mendhar, the search operation also continued in nearby Thanamandi forest in Rajouri district.

The officials said Army helicopters made several sorties over the besieged forest area, while drones are also being used to keep a tight surveillance to ensure that the terrorists are not able to flee.

Nearly a dozen persons including two women were also detained for questioning after it came to light that they allegedly provided logistic support including food and shelter to the terrorists, the officials said.

Traffic between Mendhar and Thanamandi along the Jammu-Rajouri highway remained suspended as a precautionary measure for the 10th day on Monday in the wake of the ongoing operation.

Rajouri and Poonch in Jammu region have witnessed a rise in infiltration attempts since June this year, resulting in the killing of nine terrorists in separate encounters.(With PTI inputs)