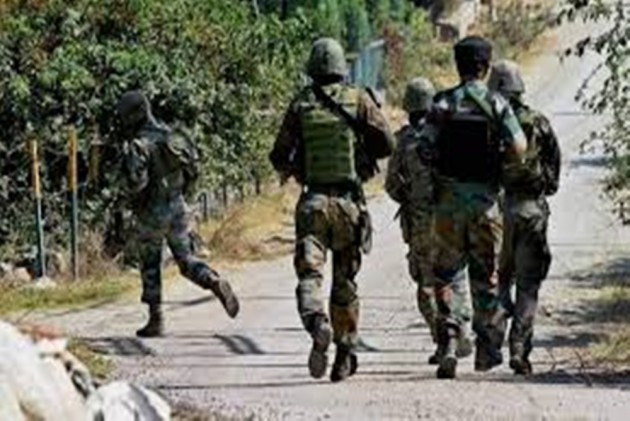 A gunfight broke out between terrorists and security forces in the Nagrota area of Jammu and Kashmir’s Jammu district early on Thursday. Four militants have been killed, the police sources said, adding that they were heavily armed and had infiltrated last night through Samba sector.

The police said militants were travelling towards Kashmir. They said J&K Police had prior information on the infiltration and travelling of militants on NHW.

According to PTI, the gunbattle started around 5 am near the toll plaza in the Ban area of Nagrota on the Jammu-Srinagar national highway. “Around 5 AM some terrorists opened fire at security forces near Ban Toll Plaza in Nagrota area. They were hiding in a vehicle,” Jammu district police chief SSP Shridhar Patil said.

In the initial gunfight, two  SOG personnel were injured who were later hospitalized.

Initial reports suggest that three to four terrorists are involved in the encounter.

On January 31, a group of terrorists had opened fire at a police team near Ban toll plaza, triggering a gunfight in which three ultras were killed and a policeman was injured