Enforce Covid Containment Measures In Districts With Positivity Rate Above 10%: Centre To States

Measures such as mapping of cases, reviewing ward and block-wise indicators, focusing on effective surveillance should be implemented to check Covid spread, the Centre said 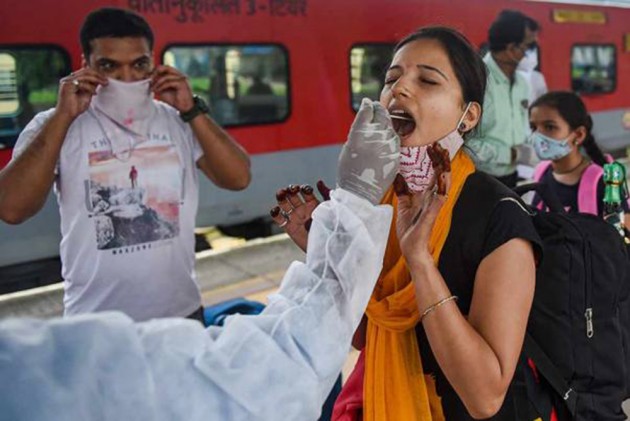 Amid concerns of the third Covid wave, the Centre on Wednesday asked states and Union Territories to strictly monitor the number of coronavirus infections and immediately take action at the district and sub-district level if it witnesses any sudden spike in the number of cases.

The Centre wrote to 14 states and Union territories including Rajasthan, Tripura, Assam, West Bengal and Kerala, directing health authorities there to enforce Covid containment measures in all districts which reported a Covid positivity rate higher than 10 per cent between June 21-27.

"The flexibilities being allowed and activities being permitted across the state must be done in a calibrated and cautious manner," the letter by Union Health Secretary Rajesh Bhushan on June 29 stated.

Covid Vaccines Do Not Affect Fertility In Men Or Women, Lactating Mothers Can Take Jabs: Centre

To facilitate objective, transparent and epidemiologically sound decision-making, a broad-based framework based on test positivity rate and bed occupancy rate was provided to the states vide the Health Ministry's letter on April 25, 2021, Bhushan said, adding this framework was also emphasized by the Ministry of Home Affairs (MHA) order dated April 29 for enforcement by all states.

Again, the health ministry through its letter on June 28 has underlined the implementation of graded restriction/relaxation measures and continued focus on five-fold strategy of Test, Track, Treat, Covid Appropriate Behaviour and Vaccination.

"You are, therefore, requested to kindly ensure strict enforcement of aforesaid interventions to control transmission and bring down the positivity rate in these districts.

"Elements of the district action plan viz, mapping of cases, reviewing ward and block-wise indicators, focusing on effective surveillance and quick hospitalization/isolation of positive cases, round the clock Emergency Operations Centre and Incident Command System and strict compliance of SOPs in containment zone strategy should also be comprehensively and strictly implemented," Bhushan said in the letter.

Some of the districts which observed a positivity rate of more than 10 per cent in the June 21-27 week are Bharatpur, Rajsamand, Baran, Chittorgarh, Sikar, Dholpur in Rajasthan; Imphal West and Tengnoupal in Manipur; East district, West District and South district in Sikkim; Unakoti and Dhalai in Tripura; Jalpaiguri district in West Bengal; Mahe district in Puducherry; Bhadrak, Bhaleshwar in Odisha; Palakkad, Malappuram, Kollam, Thrissur and Thiruvananthapuram in Kerala; and Marigaon and Nalbari in Assam.