A senior ED official said that Vadra has been asked to appear before the agency officials at 10.30 a.m. on Thursday. 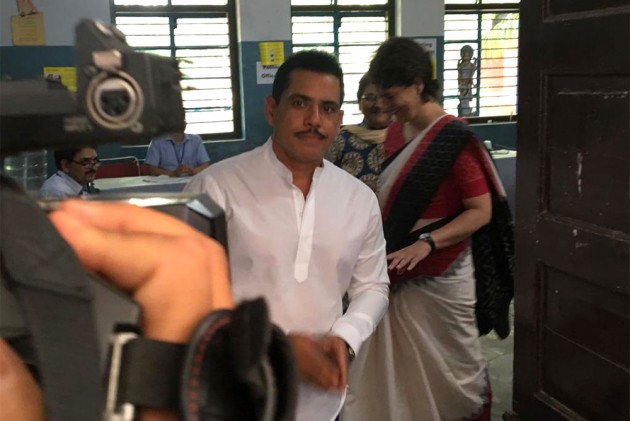 A senior ED official told IANS that Vadra has been asked to appear before the agency officials at 10.30 a.m. on Thursday.

On May 24, the agency had requested the Delhi High Court for custodial interrogation of Vadra to question him about the source of funds used for the purchase of a London-based property worth 1.9 million pounds and ascertain the role of certain other people, who allegedly helped him launder money.

On Monday, the high court issued a notice to Vadra and his close aide Manoj Arora on a plea filed by the ED seeking cancellation of the trial court order granting them anticipatory bail in a money laundering case. The court has sought the reply of Vadra and Arora on the plea and posted the matter for hearing to July 17.

The EC had claimed that Arora was aware of Vadra's overseas undeclared assets and was instrumental in arranging funds for buying the flat.

Vadra is enjoying protection from arrest with the condition that he cannot leave India without permission of a special CBI court.