‘Things come under control once we take steps to educate the girl child,’ Bihar Chief Minister Nitish Kumar said in an apparent disapproval of the UP government’s draft population bill 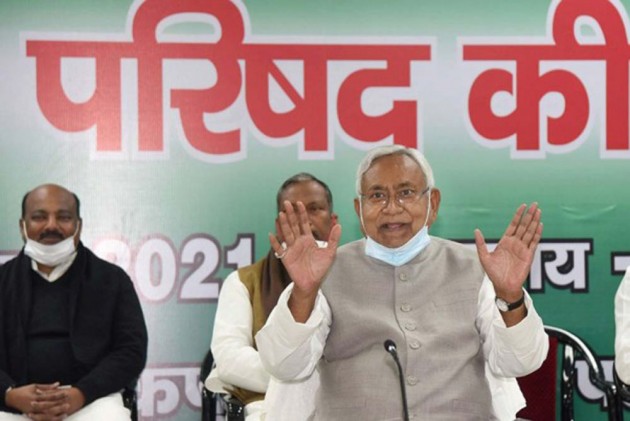 Amid the Uttar Pradesh government introducing the ‘Uttar Pradesh Population Policy 2021-2030’ to “steady the growing population in the state and reduce maternal and infant deaths”, Bihar Chief Minister Nitish Kumar on Monday said that educating women is the best remedy to curb unchecked population growth.

Asserting that he was not in favour of brining in laws to check population, Kumar said, "I have nothing to say about what other states plan to do. But my conviction, which is backed by experience, has been that things come under control once we take steps to educate the girl child," said the chief minister after winding up his public interaction programme 'Janata Ke Darbar Mein Mukhyamantri'.

In a 40-page policy document released by the Uttar Pradesh government highlighting its draft population bill, it is mentioned that “attempts would be made to ensure there is a population balance among various communities in the state. Extensive campaigns would be run in communities, groups, and geographical areas where fertility rates were higher."

In the backdrop of this development, Kumar on Monday insisted that enforcing population control through law has its own pitfalls. "Look at China. It first came out with a one-child norm. Then allowed two children. Now there is a rethink on even that," he said.

"In Bihar, we have seen the fertility rate fall in about a decade, thanks to the fillip given to increased enrolment of girls in schools and incentives for their greater participation in higher learning.

"My understanding is that population growth in the state would reach a plateau by 2040 and thereafter it may start falling," said Kumar, whose initiatives like free bicycles and uniforms to school-going girls have received much acclaim.

The chief minister made the comments while reviving his 'Janta Ke Darbar Mein Mukhyamantri' programme, launched within a few months of coming to power in 2005, after a gap of nearly two years.

He spent nearly six hours patiently listening to and addressing grievances of nearly 150 people who had come from various parts of the state.

Kumar, the de facto leader of the Janata Dal (United), also scoffed at speculations in a section of the media that he was not happy with party president RCP Singh getting a cabinet berth, a reason why he did not come out with any statement congratulating the latter.

"Is it even an issue? Of course, I am happy over his induction into the Union cabinet," said Kumar dismissively.

He also reaffirmed his government's commitment to providing relief to people hit by floods in the northern part of the state.