In its report, the police claimed that it was "difficult to distinguish between the trapped students and rioters who were found to possess petrol bombs" inside the campus. 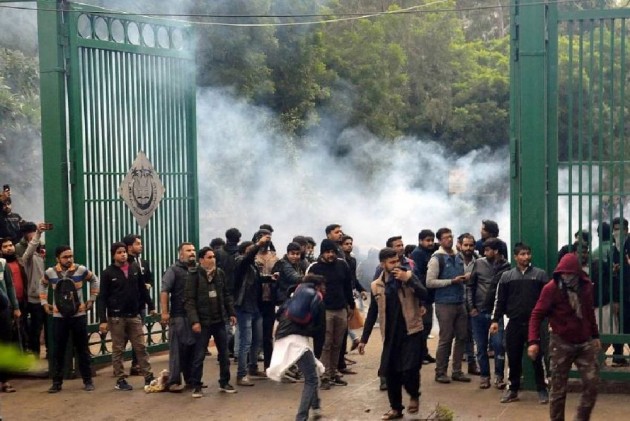 The Delhi Police on Monday urged a court to dismiss a plea for the registration of a case into alleged police action on the students of Jamia Millia Islamia in December 2019, contending that action was required to rescue innocent students.

"It is submitted that the said action was required to be taken in light of the (then) ongoing violence from within the university campus and to rescue innocent students trapped inside and to ensure normalcy," the police said in its action taken report (ATR) which was submitted on Monday.

Police Imperil The People They Are Supposed To Protect

OPINION | Cops As Private Armies Of Politicians? Worth Surveying Citizen's Trust In Police

The police action came during the protest against the Citizenship (Amendment) Act on December 15, 2019. The petition, filed by the varsity administration, claimed that the police had "entered the campus without permission and subjected the students to brutality."

In the ATR, the police claimed that it was "difficult to distinguish between the trapped students and rioters who were found to possess petrol bombs; all were asked to evacuate with their hands held high...

"With a view to contain violence and maintain law and order, police was constrained to enter the campus. The police could successfully contain the violence by apprehending 52 persons under Section 65 of the Delhi Police Act.

"The complaint of Jamia Registrar is generalised in nature and since individuals have already filed writs in the Delhi High Court to seek redress of their grievances, it is, therefore, requested that the present application may kindly be dismissed."

The police further said that keeping in mind the law and order situation, no university student had been arrested so far in the case.

The varsity administration had moved the court that despite repeated complaints to lodge an FIR into the police attack, no action was taken.

The plea stated: "The students were mercilessly beaten and abused. Tear gas shells were fired, lathicharge was done. Police officials broke open the main library gate and fired tear gas shells on those studying inside," the petition read.

It sought court directions to the police to register an FIR under the Indian Penal Code on charges of creating a public nuisance, outraging religious feelings, attempt to murder, and trespass, and the Prevention of Damage to Public Property Act.