A EU spokesperson noted the restrictions remaining on internet and mobile services as well as detention of political leaders. 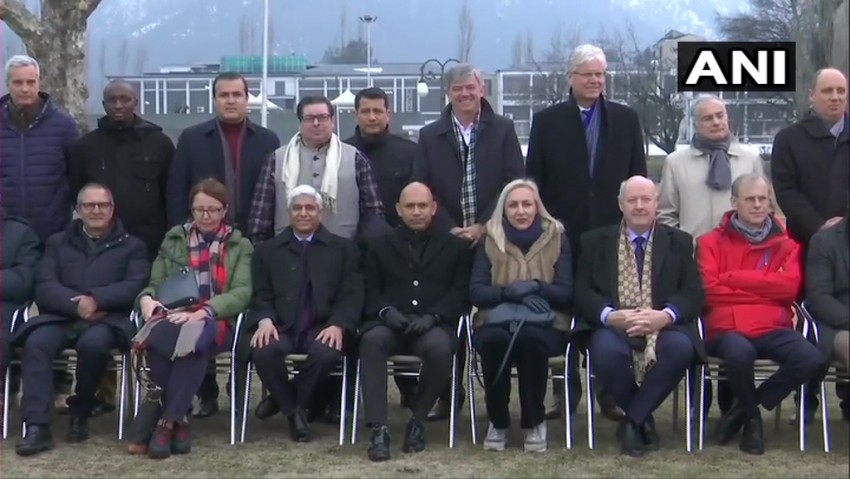 The European Union on Friday sought "swift" lifting of existing restrictions in Jammu and Kashmir. It comes just a day after a group of 25 foreign envoys concluded a two-day visit to the Union Territory.

EU Spokesperson for Foreign Affairs and Security Policy, Virginie Battu-Henriksson, said that while the Indian government took "positive steps to restore normalcy", some restrictions are still in place--"notably on internet access and mobile services, and some political leaders are still in detention."

"While we recognise serious security concerns, it's important that remaining restrictions be lifted swiftly," Battu-Henriksson said.

The foreign envoys, including those from Germany, France and Mexico, were on a visit to the newly-formed Union Territory to witness the ground situation in the region six months after the abrogation of Article 370 of the Constitution withdrawing Jammu and Kashmir's special status

During the visit, they held meetings with Chief Justice of Jammu and Kashmir Justice Gita Mittal and Lieutenant Governor GC Murmu.

Battu-Henriksson said the programme of the visit organised by the Indian government included meetings with civil and military authorities, some political representatives, as well as selected representatives of civil society business communities.

"We look forward to continuing the dialogue with India on the situation in the region," the official added.

Last month, the government had taken 15 envoys to Jammu and Kashmir but the European countries had declined to be part of it.

After announcing reorganisation of Jammu and Kashmir and withdrawal of its special powers, India imposed severe curbs including on movement of people as well as on mobile telephone and internet connectivity. The crackdown drew international criticism with several countries expressing concerns over the situation in Kashmir.