Two Indian-origin MEPs, Dinesh Dhamija and Neena Gill, were among a host of members who spoke up in India's favour to point out elements of "disinformation" around the CAA and NRC. 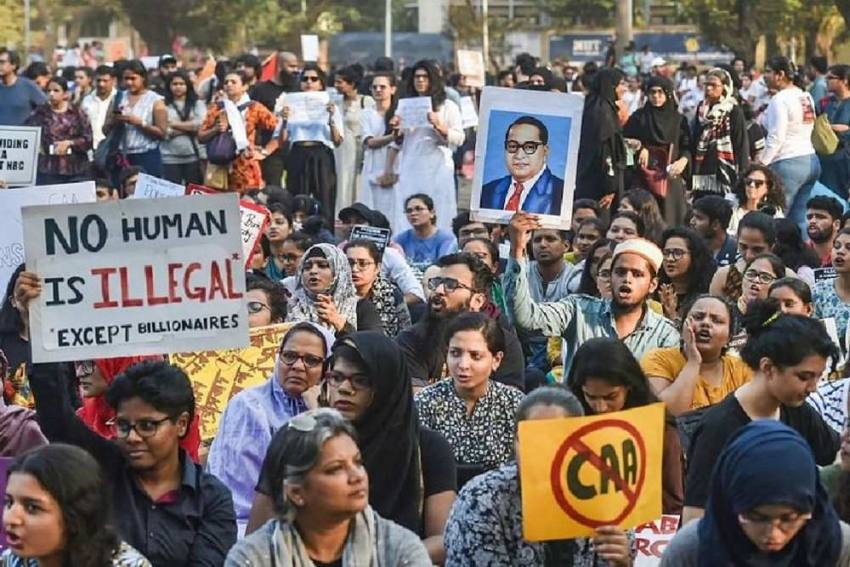 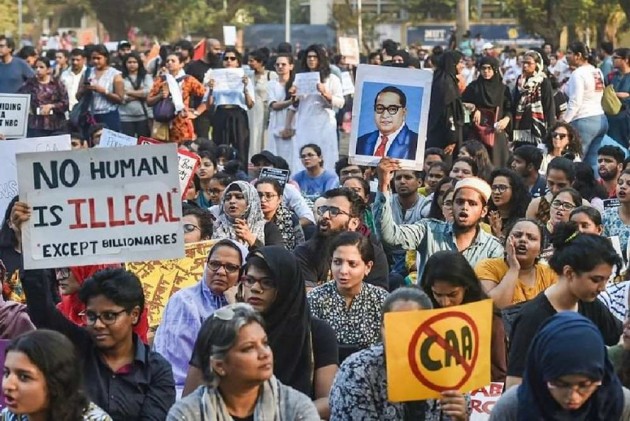 A joint motion, combining five different resolutions tabled by Members of the European Parliament against India's Citizenship Amendment Act, was debated at the Plenary session in Brussels, with an expected vote on the motion on Thursday postponed until March.

The debate opened with a statement by Helena Dalli, the Vice-President of the European Commission and High Representative of the Union for Foreign Affairs and Security Policy, who spoke strongly in favour of the "rich, frank and open" relationship the European Union (EU) shares with India.

"We believe that it is the role of the Supreme Court of India to assess the compliance of the law with the Constitution and we are confident that the ongoing judicial process will contribute to appeasing the tensions and violence witnessed over the past weeks in the country," said Dalli, who concluded the debate with a message to "pursue and intensify" dialogue with India as a "respected democracy" and valued EU partner.

Two Indian-origin MEPs, Dinesh Dhamija and Neena Gill, were among a host of members who spoke up in India's favour to point out elements of "disinformation" around the CAA and the National Register of Citizens (NRC) within the parliamentary motion.

Thierry Mariani, a French MEP, alluded to the "hand of Pakistan" in the motion being tabled, while others condemned it as meddling in another country's internal affairs.

Pakistan-origin MEP Shaffaq Mohammed and others such as S&D's John Howarth and VERTS/ALE's Scott Ainslie described the CAA as a "highly discriminatory" legislation and alleged that the EU had crumbled in the face of India's diplomatic lobby and prioritised trade and business interests over human rights concerns by postponing a vote on the motion.

"The only lobby that has won today is that of common sense and respect," countered ECR's Polish MEP Ryszard Czarnecki.

Earlier, the European Parliament had announced that the vote on the motion would be postponed to the Plenary session in March.

"Following a decision by MEPs at the opening of Wednesday Plenary session in Brussels, the vote on the resolution on India's Citizenship (Amendment) Act (CAA) 2019 has been postponed to the March session," said a statement from the European Parliament.

One of the groups behind the motion, the Progressive Alliance of Socialists and Democrats in the European Parliament (S&D), said the reason for the postponement was because the CAA was undergoing a legal process in India.

"As the Supreme Court in India will rule in the coming days linked to this issue and, as such, the law may be adapted, it was considered better to vote on the resolution in the European Parliament when there is full clarity on the situation," a spokesperson said.

However, another group GUE/NGL, objected to the postponement, saying they "disagreed" with the delay.

Meanwhile, the government sources in Delhi claimed a diplomatic victory over the vote delay and said friends of India prevailed over those of Pakistan in the European Parliament.

"Strenuous efforts of outgoing British MEP Shaffaq Mohammad to have a resolution passed by the European Parliament against India on the penultimate day before Brexit were defeated," a source said.

The motion takes note of the United Nations High Commissioner for Human Rights (UNHCR) statement last month, which described the CAA as "fundamentally discriminatory in nature", and also of other UN as well as the European Union (EU) guidelines on human rights as it calls on the Indian government to "repeal the discriminatory amendments".

The debate on CAA on Wednesday followed the European Parliament's historic ratification of the Brexit bill, under which the UK is set to formally leave the economic bloc on Friday.

"While the CAA's stated goal of protecting persecuted groups is welcome, an effective national asylum and refugee policy should be just and holistic in nature and apply to all those in need," notes the motion, which describes the CAA as "discriminatory in nature and dangerously divisive".

The Indian government has maintained that the CAA, which was passed by the Indian Parliament last month, is an internal matter of the country and stressed that the goal is to protect the oppressed minorities of neighbouring countries.

It has been extremely critical of the move in Brussels, which the European Commission – the executive arm of the economic bloc – has sought to distance itself from.

The European Parliament motion is critical of any protection being denied to Muslims and that even though India also shares a border with Bhutan, Burma, Nepal and Sri Lanka, the CAA does not bring Sri Lankan Tamils under its purview, who form the largest refugee group in India and who have been resident in the country for over 30 years.

"Amnesty International India has pointed out that the CAA does not bring under its purview other persecuted minorities, including Muslim populations such as the Rohingya in Burma, Ahmadis in Pakistan, Hazaras in Afghanistan and Bihari Muslims in Bangladesh," it notes.