Even As Covid-19 Threat Looms, 2021 Kumbh Mela In Haridwar Will Be Held

The Kumbh takes place in a cycle of approximately 12 years, at four river-bank pilgrimage sites 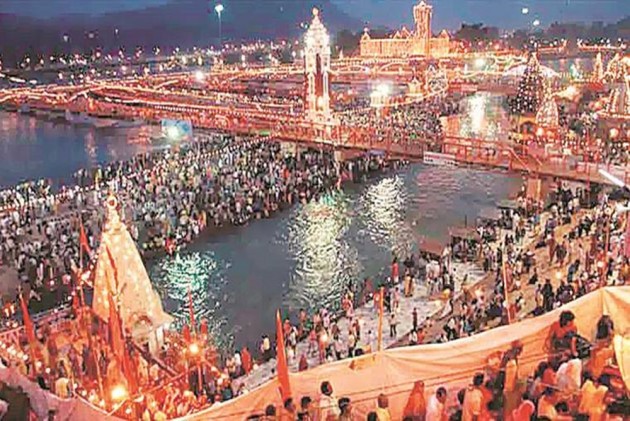 Kumbh Mela 2021 is the largest mass gathering and too has been hit by the ongoing pandemic.

The Kumbh, that takes place in a cycle of approximately 12 years, at four river-bank pilgrimage sites, will be held from January 2021 in Haridwar, Uttarakhand.

It will be different this year, keeping the pandemic in mind. There have been calls from several corners to either postpone the gathering or scale it down.

However, Uttarakhand Chief Minister Trivendra Singh Rawat has said that Kumbh Mela will be held in its "divine form" at Haridwar in 2021.

On Sunday, Rawat attended a meeting with office-bearers of the Akhil Bharatiya Akhada Parishad (ABAP) regarding the preparations for the 2021 Kumbh Mela, which will begin on January 14.

"The extent of the Kumbh Mela 2021 will depend on the status of the COVID-19 at that time. The suggestions of the ABAP and the religious fraternity will also be taken in the decisions, which will be taken according to the prevailing situation. The efforts of the state government will be aimed at ensuring that the devotees do not face any inconvenience," Rawat said, adding the Kumbh Mela works are being reviewed periodically.

"Work on nine new ghats (river banks), eight bridges and roads being built for the Kumbh Mela is nearing completion. Special focus is on cleanliness. Works are also being done consistently on drinking water facilitation, parking facility and removal of encroachments," he said.