Every Hour 10 People Are Succumbing To Covid-19 In Delhi 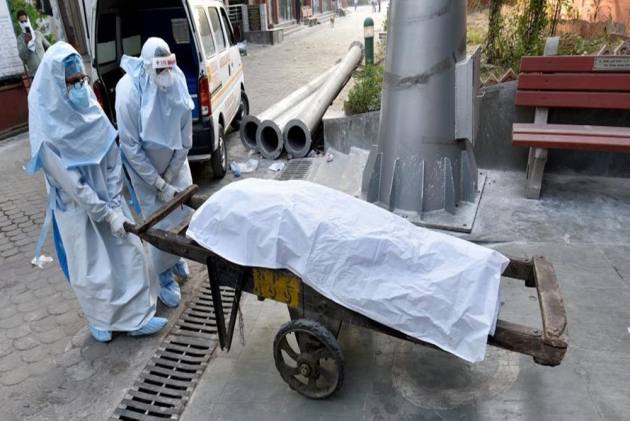 Delhi on Monday recorded 240 deaths due to the coronavirus, highest since the pandemic began over a year ago, and 23,686 cases with a positivity rate of 26.12 per cent. According to data shared by the Health Department, the national capital has reported 823 deaths due to the deadly virus in the last five days.

On Sunday, Delhi had witnessed the biggest jump in its daily Covid-19 tally with 25,462 fresh cases, while the positivity rate had shot up to 29.74 per cent. Authorities had reported 161 deaths due to the disease a day ago.

With the fresh cases, the national capital's cumulative tally has risen to 8,77,146. The death toll stands at 12,361, according to the latest bulletin. A total of 90,696 tests, including 68,778 RT-PCR tests and 21918 rapid antigen tests, were conducted the previous day, the bulletin said.