The government will also make procurement, eligibility and administration of vaccines more flexible during the third phase of the inoculation drive, which will begin from May 1. 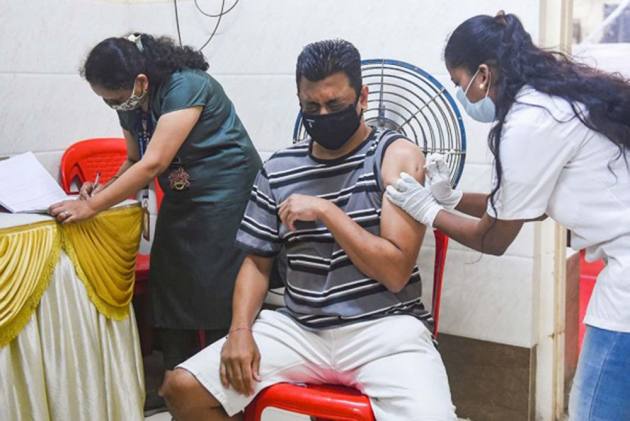 With the second wave of the pandemic sweeping across the country, the Centre on Monday announced that everyone above 18 years will be able to avail the Covid-19 vaccine from May 1.

At the moment, all those above 45 years are eligible for the Covid-19 vaccines in the country.

Apart from opening up the vaccination drive to a majority of the population, the Centre has also decided to incentivise vaccine manufacturers to further scale up production.

The government will also make procurement, eligibility and administration of vaccines more flexible during the third phase of the inoculation drive, which will begin from May 1.

Vaccine manufacturers have been empowered to release up to 50 per cent of their supply to state governments and in open market at pre-declared price, the Centre announced on Monday.

These developments come in the backdrop of a high-level meeting chaired by Prime Minister Narendra Modi, during which he interacted with doctors over the deteriorating Covid-19 situation in country.

Under the third phase of the inoculation drive, vaccine manufacturers will supply 50 per cent of their monthly Central Drugs Laboratory (CDL) released doses to the central government and would be free to supply the remaining 50 per cent doses to state governments and sell them in the open market.

Manufacturers would have to make an advance declaration of the price for the 50 per cent supply that would be available to the state governments and in the open market before May 1, 2021, an official statement by the Union Health Ministry said.

Based on this price, state governments, private hospitals, industrial establishments, etc., would be able to procure vaccine doses from the manufacturers.

Private hospitals would have to procure their supplies of Covid-19 vaccine exclusively from the 50 per cent supply earmarked for entities other than those coming through the central government channel.

"The private vaccination providers would need to transparently declare their self-set vaccination price and the eligibility through this channel would be opened up to all adults, that is everyone above the age of 18," the statement added.

Vaccination will continue as before in the government of India vaccination centres free of cost to the eligible population -- healthcare and frontline workers and all people above 45 years of age.

The health ministry said the important decision to allow vaccination to everyone above the age of 18 from May 1 was taken in a meeting chaired by Prime Minister Narendra Modi.

"Prime Minister said that the government has been working hard for over a year to ensure that maximum numbers of Indians are able to get the vaccine in the shortest possible of time. He added that India is vaccinating people at world record pace and we will continue this with even greater momentum," it added.

The decisions came as India's total tally of Covid-19 cases crossed the grim milestone of 1.5 crore with a record single-day rise of 2,73,810 infections and the death toll increased to 1,78,769 with a record 1,619 daily new fatalities, according to data updated Monday morning.

Also, the cumulative vaccine doses administered across the country has reached 12,38,52,566, according to the government data.

All vaccinations will be under the Liberalised and Accelerated Phase 3 Strategy of the National Covid-19 Vaccination programme and will have to follow all protocol such as being captured on CoWIN platform, linked to AEFI reporting and all other prescribed norms. Stocks and price per vaccination applicable in all vaccination centres will also have to be reported real-time.

The division of vaccine supply 50 per cent to the Government of India and 50 per cent to other channels would be applicable uniformly across for all vaccines manufactured in the country.

"The government of India from its share will allocate vaccines to states and UTs based on the criteria of extent of infection (number of active COVID cases) and performance (speed of administration). Wastage of vaccine will also be considered in this criteria and will affect the criteria negatively. Based on the above criteria, state-wise quota would be decided and communicated to the states adequately in advance," the statement stated.

Second dose of all existing priority groups -- healthcare workers, frontline workers and population above 45 years, wherever it has become due, would be given priority, for which a specific and focused strategy would be communicated to all stakeholders.

The strategy will be reviewed from time-to-time.

The ministry, in its statement, stated that India's approach has been built on scientific and epidemiological pillars, guided by global best practices, SoPs of WHO as well as India's foremost experts in the National Expert Group on Vaccine Administration for Covid-19 (NEGVAC).

India has been following a dynamic mapping model based on availability of vaccines and coverage of vulnerable priority groups to take decisions of when to open up vaccinations to other age-groups.

A good amount of coverage of vulnerable groups is expected by April 30.

Phase-I of the National Covid-18 Vaccination Strategy was launched on January 16, prioritizing protection for healthcare workers and frontline workers.

Phase-II was initiated from March 1, focusing on protecting most vulnerable i.e. all people above 45 years of age, accounting for more than 80 per cent Covid-19 mortality in the country. The private sector was also roped in to augment capacity.

On PM Modi's instructions, India is in regular touch with each manufacturer, including having sent multiple inter-ministerial teams on site, to understand each one's requirements and provide proactive and customized support in the form of grants, advance payments, more sites for production, etc., to ramp up vaccine production, the ministry said.

This has resulted in emergency use authorisation being granted to two vaccines -- Bharat Biotech's Covaxin and Covishield being manufactured by Serum Institute of India -- and a third vaccine (Sputnik V) that is presently being manufactured abroad and will eventually be manufactured in India, the statement said.