District Collector Alok Ranjan Ghosh said that the Sector Officer Awadesh Singh's driver had expressed his desire to vote. Singh had taken the EVM machine and VVPAT into a private hotel. 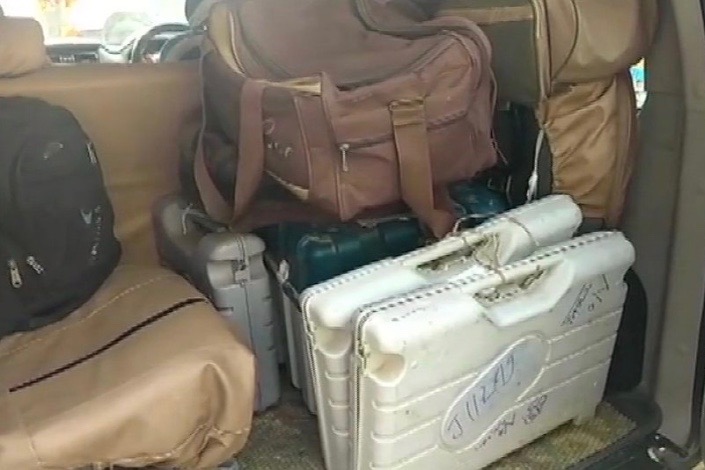 Even as polling was underway for the 5th phase of Lok Sabha elections on Monday, six Electronic Voting Machines (EVMs) were recovered from a hotel in Muzaffarpur, Bihar.

The recovery was made near Choti Kalyani in the Muzaffarpur parliamentary constituency by the Sub-divisional Officer (SDO) Kundan Kumar. Polling was underway at the time in a booth nearby.

According to a primary reply by the officer, he had taken the EVM machine and VVPAT into a private hotel.

A formal reply by the Sector Officer is awaited.

"Awadesh Singh, the sector officer of Sector number 11 who is also an agricultural co-ordinator was given the reserve EVMs so that any machines which malfunctioned could be replaced. He had also two ballotting units, one control unit and two VVPATs with him in his vehicle. We are waiting for his detailed reply," Ghosh said talking to reporters.

Bihar:EVMs&VVPAT were found from a hotel in Muzaffarpur yesterday. Alok Ranjan Ghosh, DM says,"Sector officer was given some reserved machines so that it could be replaced with faulty ones. After replacing EVMs he was left with 2 balloting unit,1 control unit&2 VVPAT in his car." pic.twitter.com/KjpoKbHpCa

"Awadesh then removed the EVMs from the vehicle near Anand Vivaah Mandap, which is not a government property which is strictly against standard operating procedures. Taking these into consideration, strict department action will be taken against him after his reply comes," the district collector said.

He also questioned as to why only two EVMs were taken into the hotel when six of them were in the vehicle and demanded cancellation of all the six EVMs.

"We came here after getting the information that EVMs were taken inside the hotel, people saw and reported this. We demand strictest possible action to be taken on the official and his driver. I would also like to demand the administration to put all the six EVMs in the rejected category and be kept aside from counting," Munna told reporters here.

Polling was held in Bihar on May 6 in the fifth phase of the Lok Sabha polls.