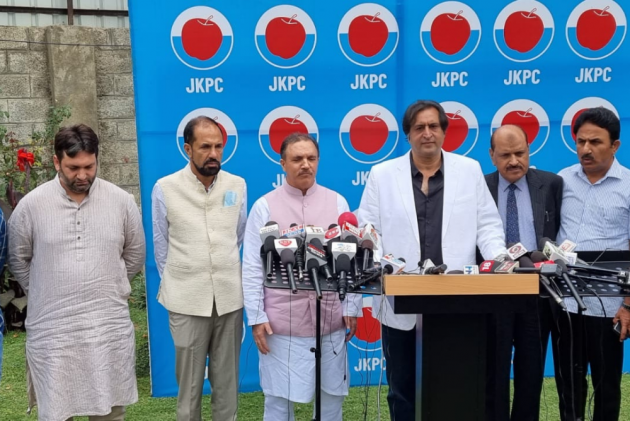 Nengroo was removed from the post of chairman of the bank in 2019 by the government, following allegations of corruption.

He was arrested in April this year in a graft case relating to illegal allotment of housekeeping tenders that had allegedly resulted in loss to the tune of crores of rupees to the bank. He was granted interim bail in May this year in the case.

Negroo was welcomed in the party by its chief Lone, who said his joining will play a key role in scripting the PC's economic agenda for change.

"I whole-heartedly welcome Parvez sahib into the Caravan of Change. He has had an illustrious banking career and is a hands-on leader who has risen from the ranks,” said Lone.

“During his tenure, we saw one of the fastest turnarounds in the banking industry having turned around the J-K bank's financial fortunes during his tenure as the Chairman and CEO. He will play a pivotal role in scripting JKPC's agenda for socio-economic upliftment of the people of Jammu and Kashmir," Lone added.

Nengroo said he was inspired by Lone's "sincerity of thought, vision and deep desire" to usher in a new era of socio-economic development in J-K.

"I have earlier had the privilege of serving the people and premiere institutions of J-K in a professional capacity for many decades. It is now my yearning to contribute in creating inclusive political and economic institutions for change by working within the aegis of the People’s Conference.

“We are facing enormous challenges both politically and economically and it is time that we look for collective and institutional solutions to ensure sustainable socio-economic growth and development in J-K", he added.