Trivendra Singh Rawat had resigned as the Uttarakhand CM after a BJP team submitted a report to the central leadership highlighting state party leaders’ dissatisfaction with Rawat. 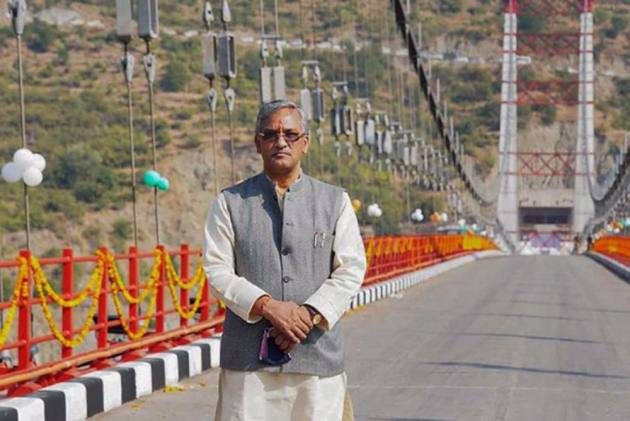 Former chief minister of Uttarakhand Trivendra Singh Rawat on Friday said he was "hurt" over his sudden removal from the chief minister's post, indirectly comparing himself with Abhimanyu, a Mahabharata character killed by treachery.

Singh was addressing a large number of supporters gathered in the capital Dehradun during a Holi Milan programme.

"Draupadi did not grieve over the death of Abhimanyu because the Kauravas had killed him by treachery. Instead of grieving, she exhorted the Pandavas to avenge the killing," Rawat said, addressing the programme at Balawala as the chief guest.

As Trivendra Singh Rawat Resigns, A Look At History Of Political Instability In Uttarakhand

One has to retaliate, not grieve, against those who commit treachery, he told the audience.
Rawat, who was removed as the chief minister earlier this month nine days ahead of the completion of four years in the office, said as CM, he tried to focus on empowering women and the youth but that may not have gone down well with some people.

"But I am happy that I have emerged untainted out of the dark tunnel of politics (four-year term as CM). I wouldn't ever do anything that makes me incapable of seeing straight into the eyes of my people," he said.

The programme was held at Milan wedding point on Thursday where Rawat's supporters had gathered in large numbers to listen to him and celebrate the festivals of colours.