The former head of Baraulia village in Amethi district Surendra Singh was considered close to Smriti Irani. He was shot dead by two men, with police not ruling out the possibility of it being a 'political murder'. 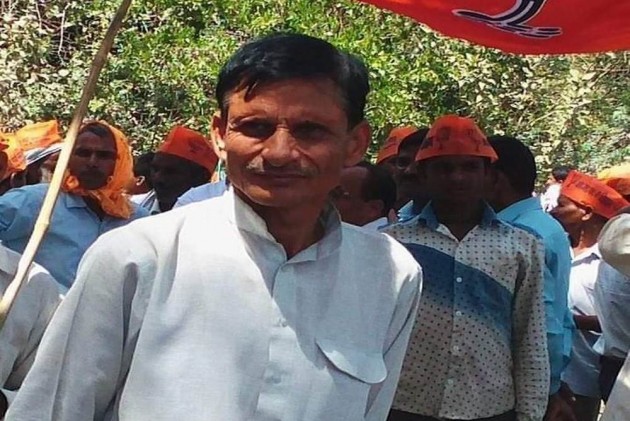 In the first incident of post-poll violence in Uttar Pradesh, a close aide of Smriti Irani, the newly elected MP from Amethi Lok Sabha constituency, was shot dead by two men, with police not ruling out the possibility of it being a "political murder".

Irani reached Amethi on Sunday afternoon to meet the family of Surendra Singh (50), a former village head of Baraulia village. She along with UP Minister Mohsin Raza attended the cremation and carried the body of the deceased on their shoulders.

"Singh was shot at around 11.30pm Saturday," said Additional Superintendent of Police Daya Ram, adding "he was referred to a Lucknow hospital but succumbed during treatment."

Speaking to reporters in Lucknow, UP DGP Om Prakash Singh said, "We have come to know about old enmity. We are also finding out if there was any political enmity. In initial investigation, we have got some vital clues."

"UP police teams are conducting a very intensive investigation. We have taken seven persons in custody, and they are being intensely interrogated. We have also got important evidence through electronic surveillance. I am hopeful that in the next 12 hours, we will solve the case," the DGP said.

Meanwhile, Raza said on Sunday that the state government will ensure such stringent punishment for the assailants of Irani's aide that no one will dare to target BJP workers in future.

"No one will dare to harass and target our workers. We will ensure strict punishment for the killers. At the moment we are all with the family of the deceased," he told reporters.

Barauliya village is said to be a BJP stronghold and sources say that the BJP got votes from here even when Rajiv Gandhi held the Amethi seat. Surendra Singh, interestingly, had joined the Samajwadi Party on the eve of 2017 Assembly elections but returned to the BJP soon after.

Singh was preparing to contest the panchayat elections scheduled to be held later this year and this could have been a motive behind the murder, some said in Amethi.

Baraulia village was in news during campaigning in the recently concluded Lok Sabha elections, as Congress general secretary Priyanka Gandhi Vadra had accused Smriti Irani of distributing shoes to the residents in order to insult Rahul Gandhi.

Locals claim that Surendra Singh was considered close to Irani and he was involved in the distribution of footwear.

In the general elections, the Congress suffered a major embarrassment with Rahul Gandhi losing the party's stronghold Amethi to BJP's Smriti Irani by 55,120 votes.