A breathtaking video of thousands of blackbucks crossing a road in a national park in Gujarat's Bhavnagar district seems to have caught Prime Minister Narendra Modi's eye. 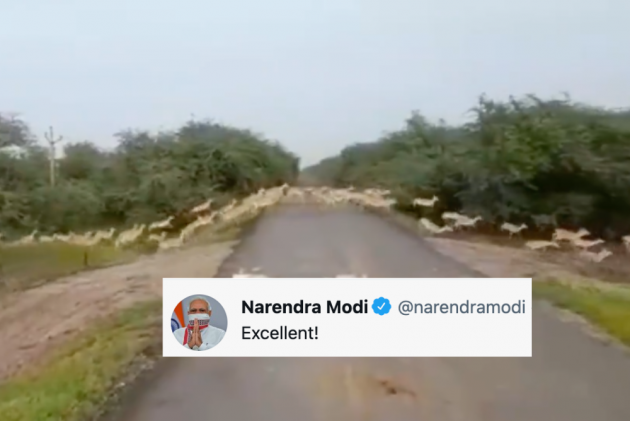 A breathtaking video of thousands of blackbucks crossing a road in a national park in Gujarat's Bhavnagar district has left Prime Minister Narendra Modi impressed. Shot at the Velavadar Blackbuck National Park, the video was initially shared on the microblogging site Twitter by Gujarat's Department of Information.

Depicting a herd of busy blackbucks crossing the road, the video seemed to have caught the eye of the PM who shared the same on his Twitter handle with the caption, "Excellent".

According to the information department, as many as 3,000 blackbucks were seen galloping away across the road inside the national park.

Blackbucks enjoy the status of being protected animals in India and hunting them is banned under the Wildlife Act since 1972. Blackbuck populations in India were traditionally high but witnessed a subsequent decline due to excessive hunting and deforestation. Many currently reside in the Blackbuck National Park in Velavadar.

A photographer’s paradise, Velavadar Blackbuck park was established in 1976 and was a famous hunting ground for blackbucks and cheetahs, back in the day, for the Maharajas of Bhavnagar.