The BJP government in Gujarat had named Dragon fruit as 'Kamalam' in January this year. The Yogi Adityanath government in Uttar Pradesh has decided to give a grant of ₹ 30,000 per acre to the farmers cultivating dragon fruit. 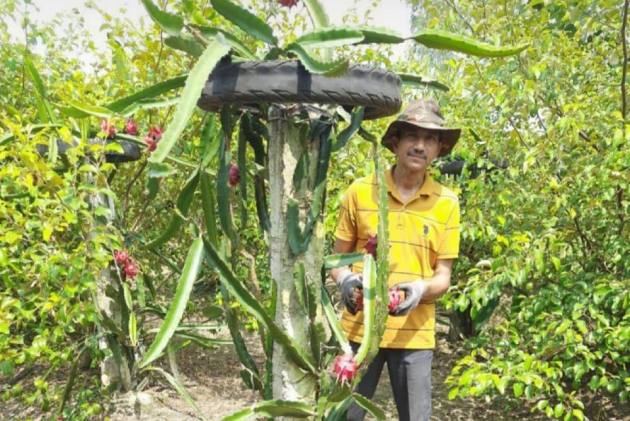 On February 28, Prime Minister Narendra Modi in his Mann Ki Baat program showered praises on Harishchandra, a farmer who grew chia seeds, which is considered a superfood -- on the soil of Barabanki district in Uttar Pradesh.

Chief Minister Yogi Adityanath also appreciated Harishchandra's hard work for growing a foreign crop through his own resources without any government help.

Months later, Harishchandra, excited by the good words from the PM and the CM, has opened a new path for the farmers of the state by growing dragon fruit in Amseruwa village of Barabanki where one kg of dragon fruit now gets sold for Rs 350.

Are Iranian Apples Coming Via Afghanistan Killing The Indian Fruit?

On the initiative of the Chief Minister, the Horticulture Department has decided to give a grant of Rs 30,000 per acre to the farmers for cultivating dragon fruit.

The government hopes that the farmers of the state will now take interest in cultivating this superfood. Agricultural scientist Sanjeev Kumar said that dragon fruit is cultivated on a commercial scale in many countries including Southeast Asia, United States of America, Caribbean, Australia.

Due to the use of the fruit as a medicine and other properties, the Gujarat government has named this fruit - Kamalam. In addition to Calcium, Magnesium and Iron. dragon fruit also contains vitamins 'C' and 'A'. Dragon fruit, also known in common language as pitaya fruit, is eaten mostly in Mexico and Central Asia. The taste of the fruit is very similar to watermelon. The plant looks like a hawthorn, whose stem is soft, it needs support for growth. Apart from being eaten raw, fruits are also used in the form of salads, jams, jellies and juices. It can be produced in most parts of the state as a new profitable crop. 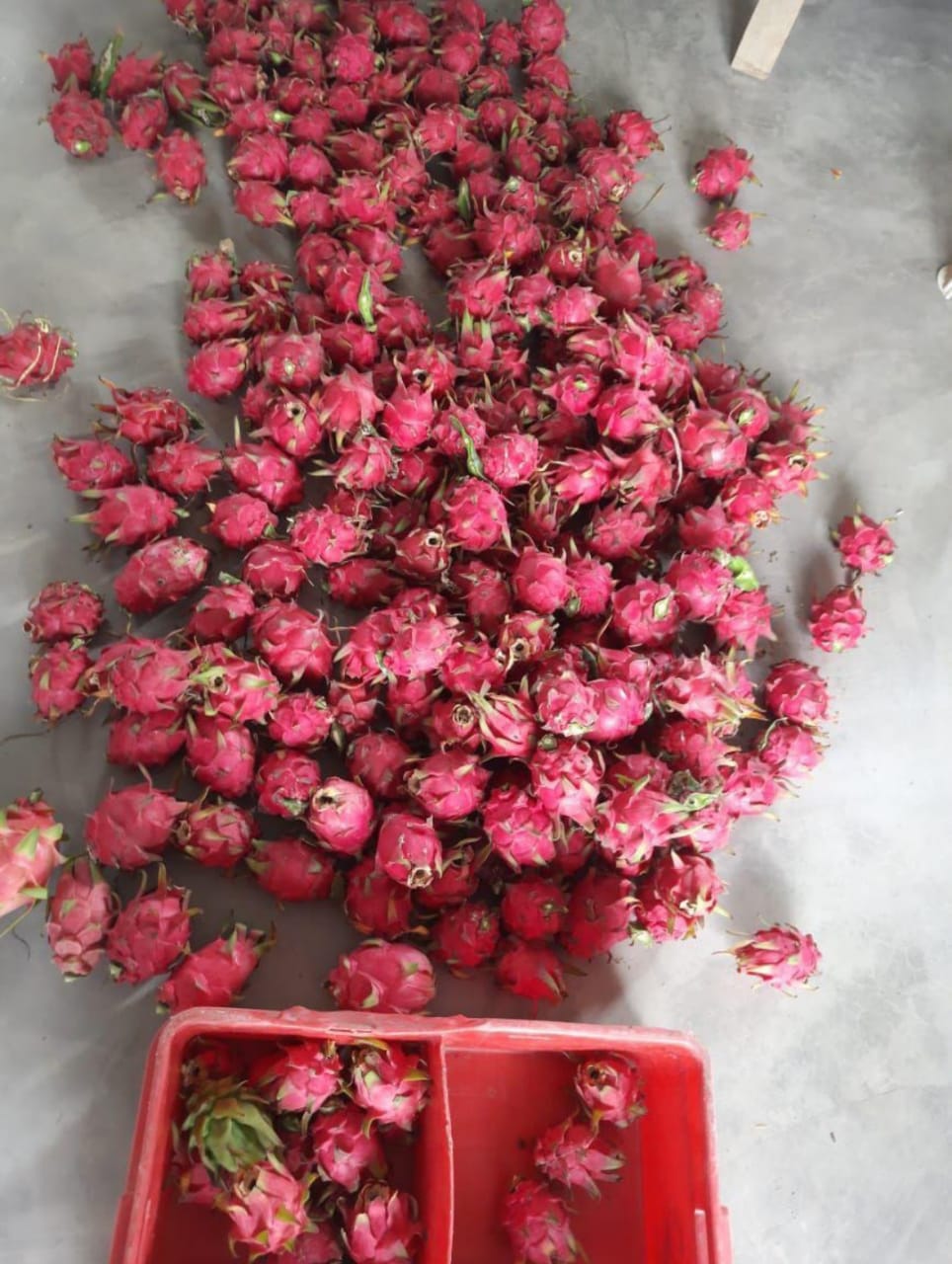 The fruit is also known to be an immunity booster. It is effective in the control and prevention of sugar.

Harishchandra retired from the Army as an artillery colonel in the year 2015. He said that after retiring, he bought three acres of land in Amseruwa village of Siddaur block of Haidergarh tehsil of Barabanki.

Cultivation of Chia Seeds, Green Apple, Red Apple Plum, Dragonfood, Black Wheat and many varieties of potatoes was started on this land. For the first time in November last year, Chia Seed was cultivated on half an acre of land.

It is originally a crop from Mexico but its cultivation is more popular in China.  In America, it is widely grown for food. It is used to make desserts like laddus, rice, halwa, kheer. These tiny seeds are white, brown and black considered a very good source of energy. It contains many nutrients, due to which their demand is very high.

Based on these qualities of Chia and its demand, the Prime Minister said that its cultivation will not only increase the income of Harishchandra, but will also contribute to a self-reliant India.

Harishchandra says that he planted 2000 plants in a one acre land. The dragon fruit plants planted three years ago have spent Rs 5-6 lakh in planting them, now the fruits have come out and people are coming to buy this fruit only after coming from the farm.

Harishchandra said that the dragon fruit yeild may fetch Rs15 lakh rupees every year. Now they plan to grow it over more land area this year. Harishchandra, who has earned a name for farming by doing new experiments, sayid that the cultivation of dragon fruit may prove to be effective in increasing the income of the farmers. Once planted, the plant gives fruit for 30 years, he said.