BJP needs just 9 seats to get absolute majority, likely to get over 16, says India Today-Axis poll 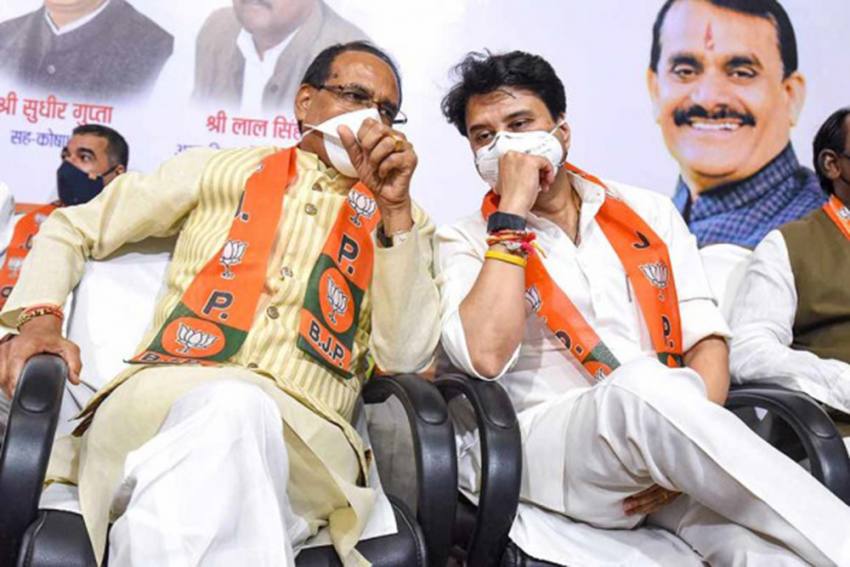 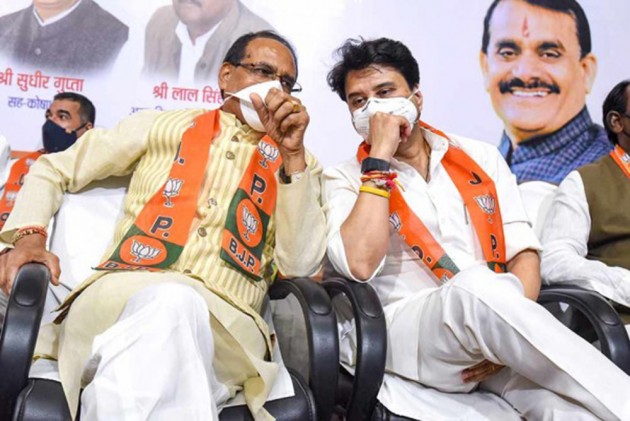 If an exit poll prediction for the recently concluded bypolls for 28 of MP’s assembly seats is anything to go by, Madhya Pradesh chief minister Shivraj Singh Chouhan's fourth term won’t meet a sudden end; nor will comrade-in-arms, BJP’s Rajya Sabha MP Jyotiraditya Scindia's hegemony over the state’s Gwalior-Chambal region deplete significantly. The Congress party and former CM Kamal Nath, however, will have to pray that the predictions are nothing, but a case of political astrology gone awry.

The India Today-Axis exit poll predicts that the BJP is likely to wrest 16 to 18 of the bypoll-bound seats; leaving 10 to 12 for the Congress party. The MP bypolls were crucial for both the BJP and the Congress as their outcome would have determined the survival or dismissal of the Chouhan government, which was sworn-in this March after 22 MLAs of the ruling Congress party defected en masse to the BJP following the lead of their leader, Scindia. In the subsequent months, the Congress legislative party continued to bleed with four more MLAs shifting to the BJP.

The BJP, of course, had an easier task. It needed to win just nine of the 28 seats to reach the simple majority mark of 116 in the Vidhan Sabha – every additional seat in the kitty was bonus. The Congress, reduced now to just 87 seats as opposed to the 114 it had won in December 2018, had to win a minimum of 22 if it wanted a shot at power with the help of independent, SP and BSP MLAs – or all 28 if it wanted a simple majority of its own.

If the exit poll prediction turns into reality on November 10, when the final results are declared, Chouhan and the BJP will notch up a clear majority in the 230-member state assembly and can hope to stay in office till the next assembly polls due in November 2023. The Congress, which lost 26 of its 114 MLAs to the BJP since Scindia’s defection to the saffron party in March, will have to contend with a minor consolation – that of regaining some of the seats it lost.

The Congress ran a highly emotional campaign, trying to play the victim of BJP’s horse-trading and Scindia’s betrayal. Nath canvassed extensively, addressing three to five rallies every day of the campaign, and repeatedly reminded the voters of the loan waiver scheme of his government which even the BJP conceded had helped over 27 lakh of the state’s farmers. The Congress party’s rallies too drew massive crowds as opposed to the empty chairs common to public meetings held by Chouhan and Scindia. Scindia’s rallies also stood out for unsparing comments by people in attendance against his disloyalty and poor record as a lawmaker; as also for his over-the-top histrionics. Yet, if the exit poll prediction holds true, it would once again prove that mere presence of crowds at a rally doesn’t ensure victory.

However, irrespective of the final result, the state is unlikely to see a smooth government for the next three years. The BJP’s reliance on Scindia to form the government in March had already irked several of the saffron party’s veterans from Gwalior-Chambal who saw the influx of Congress turncoats as a threat to their political relevance in the region. If a majority of Scindia loyalists succeed in their re-election bid, the BJP’s reliance on Scindia to stay on in power will only increase and so will intra-party skirmishes between the titular Gwalior royal’s supporters and the old-time BJP leaders.

The Congress will, no doubt, try to cash in on this conflict and the chances of Nath trying to replicate what Scindia did to him in March cannot be dismissed; even if such a possibility is far-fetched because of the absence of any BJP satrap in the state commanding the loyalty of a significant chunk of MLAs who may wish to defect to the Congress.

Either way, Chouhan will have to continue his tightrope walk in the state’s power circus to stay in command.