The Delhi throne is significant for the BJP as it sets its eyes on ending a 20-year drought in the national capital. 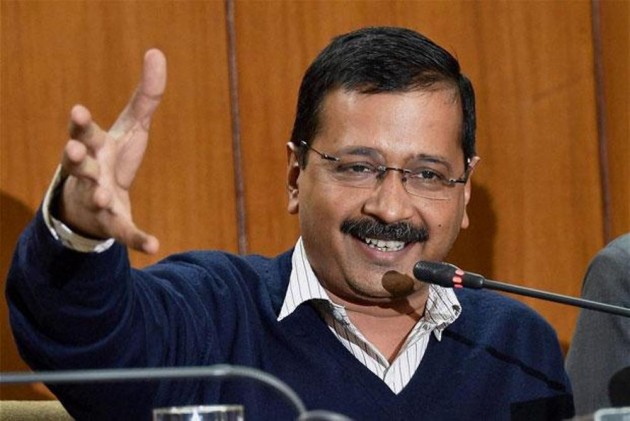 Arvind Kejriwal-led Aam Aadmi Party (AAP) is all set to return to power despite the Bharatiya Janata Party (BJP) running an aggressive and controversial campaign, all exit poll surveys indicated on Saturday night.

The India Today-Axis My India exit poll results have predicted a near repeat of AAP's 2015 performance, giving them 59-68 seats, followed by the saffron party, which is expected to win in the range of 2-11 seats. Congress' poor show is expected to continue despite ruling the city for 15 years before Kejriwal deposed the Sheila Dikshit government.

The India Today-Axis My India exit poll has developed a reputation for getting its predictions accurate, starting with the 2019 Lok Sabha elections in which they projected the BJP to win over 300 seats on its own.

Among other exit poll surveys, ABP News-C-voter gave AAP 49-63 seats and the BJP between 5 and 19 seats. Congress, according to this survey, may open its account and win between 0 and 4 seats.

According to Times Now-Ipsos, AAP could win as many as 47 seats and BJP follows them with 23.

Republic TV, in its survey, projected the Aam Aadmi Party to return to power with 48-61 seats, followed by the BJP which could win 9-21 seats.

Another exit poll survey carried put by NewsX, shows AAP could win as many as 50-56 seats, followed by BJP with 10-14 seats.

Manoj Tiwari, the Delhi BJP chief, however, rubbished exit poll results, which predicted a poor show for the saffron party.

Taking to Twitter, Tiwari also asserted that the BJP will form government in Delhi with at least 48 seats.

While Arvind Kejriwal-led Aam Aadmi Party (AAP) fought the elections relying heavily on its work in the areas of education, healthcare and transport, the Bharatiya Janata Party (BJP) led an aggressive campaign dotted with controversial statements and severe criticism of Delhi Chief Minister.

The Delhi throne is also significant for the BJP as it sets its eyes on ending a 20-year drought in the national capital. Congress, despite ruling the city for 15 years before Kejriwal deposed Sheila Dikshit, lacked energy throughout the campaign, compelling poll pandits to ask if the grand old party had any plans to revive its fortunes in Delhi.