Exit Polls Show Gains For BJP In Bengal: What It Means For Mamata Banerjee and TMC

Exit polls show the BJP making huge gains in West Bengal. If these trends hold true, it would mean the end of TMC’s hegemony in the state. 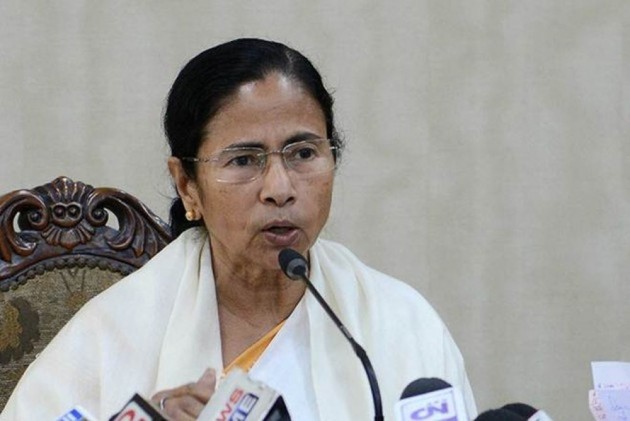 In what could be a tectonic shift in West Bengal’s politics, the Bharatiya Janata Party (BJP) is set to make inroads in the state according to exit poll results released Sunday. If one goes by the trends indicated by the exit polls, the BJP’s success rate will vary - it is likely to get minimum 11 seats and maximum 23 seats. Even if it is restricted to the minimum, it will be a huge jump from two seats it held last time. According to India Today-Axis exit poll, the BJP might win 19-23 seats of the total 42 seats in Bengal. ABP Ananda-AC Nielsen gave BJP 16, TMC 24 and Congress 2 seats. According to Times Now-VMR, the TMC will get 2, BJP 15 and Congress 2 seats. Republic TV has conducted two separate exit polls, one with C-Voter and another with Jan Ki Baat. According to Republic TV- C-Voter, TMC will get 29 seats, BJP 11 and Congress 2. But Republic TV- Jan Ki Baat (Hindi) gives a completely different picture. It predicts 22 seats for the BJP, 17 for the TMC and three for Congress.

What is significant is that all these exit polls show the BJP making huge gains in the state. According to India Today-Axis, the vote share of both the TMC and the BJP is 41%, indicating a sharp polarisation among voters. Their findings project neck-and-neck fight; the BJP might get 19-23, and TMC 19-22.

Chief Minister Mamata Banerjee, who obviously seems unhappy with the findings, said she does not believe in exit poll” gossip”.

“I don’t trust Exit Poll gossip. The game plan is to manipulate or replace thousands of EVMs through this gossip. I appeal to all Opposition parties to be united, strong and bold. We will fight this battle together,” she said in a tweet.

Later, talking to a local news channel, she said her previous experience with 2016 exit poll results taught her not to trust them. She apprehends it’s a conspiracy hatched by Modi-Shah to manipulate the results in their favour.

Exit poll reports indicate two things. First, if these trends hold true, it would mean the end of TMC’s hegemony in the state. From its present strength of 34 seats in the Lok Sabha, it will fall to 22-24 seats. With lesser number seats in her hands, Didi would find it difficult to fulfil her dream of playing a major role in the national arena.

The other development would be the elimination of the liberal-secular forces, especially the Left, from Bengal’s political arena. Not a single exit poll gives even one seat to the Left. Even Congress is likely to get only two seats. The phenomenal rise of the BJP’s vote share and corresponding fall of Left’s vote share is indicative of the point that the Left workers and supporters alike transferred their votes to the BJP.

During his election campaign, Prime Minister Narendra Modi had said that when the election results would be out, “the lotus will start blooming.” BJP president Amit Shah had said that after the Lok Sabha results, the TMC government would fall.

One thing is certain. On May 23, if the results reflect the general trend indicated by exit poll, then we should prepare ourselves to watch an action replay of what happened during 2009-2011. Ten years ago, Mamata’s TMC, in alliance with the Congress, breached the Left bastion in a major way by winning 25 out of 42 seats. BJP got two. From then on, the TMC-Congress only gained momentum and finally defeated the Left Front in 2011 assembly election. This time, it seems TMC’s strength has been successfully tested by the BJP with tacit support from a sizeable Left vote. Also, in several areas, many TMC voters have voted for the BJP to register their grievances against the local leaders of the ruling party. By diminishing the secular-liberal forces significantly, the BJP and Mamata fought on highly communally polarised line. Last year, the BJP tested this successfully in Tripura. Now, the Bengal election will cause celebre for the BJP, as the secular-liberal forces surrendered to the communal politics meekly without putting up a serious fight.

Bengal election will also be remembered for the scale of violence that marred the atmosphere during polling. For now, all eyes are on May 23.