Experts Rule Out Transmission Of Covid Through Water After Bodies Found Dumped In Ganga, Yamuna

Satish Tare, professor at IIT-Kanpur, said dumping of dead bodies in the Ganga or its tributaries or sub-tributaries is a serious matter, particularly at a time when the country is grappling with the Covid-19 crisis. 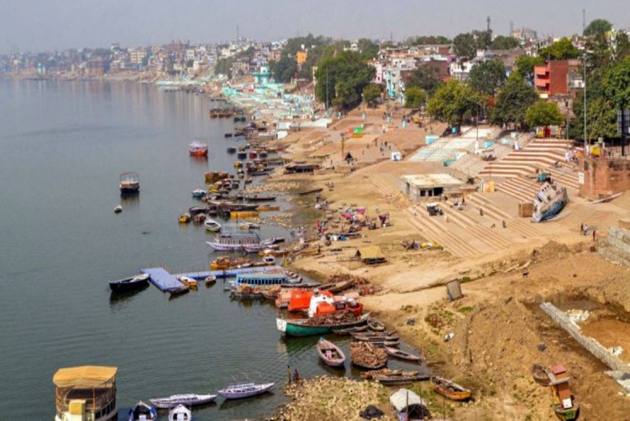 Days after bodies of suspected Covid-19 patients were fished out of the Ganga and Yamuna, experts have dismissed the claims that coronavirus can spread through water. Experts said transmission of Covid-19 through water is not a concern. The Ganga and Yamuna are key sources of drinking water for many villages, local bodies along the rivers.

Satish Tare, professor at IIT-Kanpur, said dumping of dead bodies in the Ganga or its tributaries or sub-tributaries is a serious matter, particularly at a time when the country is grappling with the Covid-19 crisis.

The professor, however, stressed that dumping of bodies will not have a significant effect on transmission.

Uttar Pradesh: Corpses Found Floating In Ganga For Second Day In A Row

Tare said dumping bodies in the Ganga or its tributaries is not new, but it has come down significantly in the last 10-15 years.

Dumping of bodies primarily leads to pollution of rivers, he said.

"Even if the bodies of suspected Covid-19 patients were fished out, there is a lot of dilution that happens (during the flow of water). The effect may not be significant," he said.

"If the water is passed for water supply, then it passes through the water supply system. Normal treatment takes care of it,” said Tare, who teaches environmental engineering, water quality and wastewater treatment.

He, however, added that there are patches where people draw water directly from the river. But even during this people do exercise caution.

Tare is also associated with the National Mission for Clean Ganga, the apex body under the Jal Shakti Ministry that deals with the cleaning of Ganga, its tributaries and sub-tributaries.

On Tuesday, the Bihar government fished out 71 bodies from the Ganges in Buxar district, where these were found floating in the river, triggering suspicion that the abandoned corpses could be those of Covid-19 patients.

According to Ballia residents in Uttar Pradesh, at least 45 bodies were seen floating at the Ujiyar, Kulhadia and Bharauli ghats in the Narahi area. However, the district authorities did not tell the exact number of bodies found there.

On Monday, residents in Hamirpur district spotted five bodies floating in the Yamuna, creating a scare that these were of COVID patients. The bodies were later fished out and cremated.

This also led to panic among people of the riparian districts.

K Therie, former finance minister of Nagaland, took to social media and said other states should avoid using the water of the river.

"Ganga is contaminated, with coronavirus death bodies. States living below UP and Bangladesh should avoid Ganga water (sic)," Therie tweeted.

The Centre on Tuesday had asked states along the Ganga to ensure strict vigilance and check future incidences of people dumping bodies in Ganga and its tributaries after 71 corpses were fished out of the river body in Bihar.

In a letter to the District Ganga Committees which are chaired by district magistrates/ collectors, the National Mission for Clean Ganga also asked the authorities to dispose of unidentified dead bodies of suspected Covid-19 victims in accordance with safety protocols.

"Ensure strict vigilance along length of the river within territorial jurisdiction of the district to prevent and check such future incidences of people dumping dead bodies in Ganga and its tributaries and of any other activities hazardous for river Ganga and health and hygiene of the area," the NMCG Director General Rajiv Ranjan Mishra said in a letter to the chairpersons of the District Ganga Committees.

It has also asked to submit an action-taken report (ATR) to the NMCG in the next 14 days, the letter said.

Responding to a question on this in a briefing on May 7, V K Paul, Member (Health), Niti Aayog had said, "Spread of transmission through water is not a concern. Not to worry."

In the same media briefing, Principal Scientific Adviser K VijayRaghavan said there is no worry about transmission through such mediums.

"Primary transmission happens when people speak, or when two people are in close proximity and if the droplets drop on any surface come in contact with the other person then it can spread through water,” he had said.

"But mostly it spreads through aerosol. It also depends on airflow. There is no need to worry. It dilutes in the water to an extent that there is little danger of transmission," Raghavan added.