The high court said the two institutes which have developed the vaccines, Covishield and Covaxin, have more capacity to provide the vaccines but it seems that their full capacity is not being exploited. 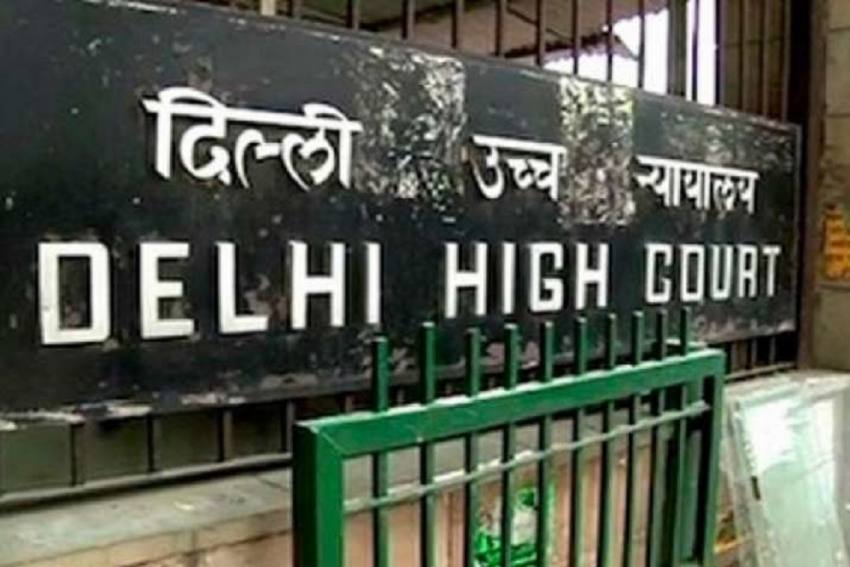 The Centre was questioned by the Delhi High Court on Thursday about the rationale behind keeping strict control over class of persons who can be vaccinated against COVID-19 currently as under the present system those above the age of 60 years or with comorbidities can receive vaccination.

"We are not utilising it fully. We are either donating it to foreign countries or selling it to them and are not vaccinating our own people. So there has to be that sense of responsibility and urgency," a bench of Justices Vipin Sanghi and Rekha Palli said.

The high court said the two institutes which have developed the vaccines COVISHIELD and COVAXIN -- Serum Institute of India and Bharat Biotech -- have more capacity to provide the vaccines but it seems that their full capacity is not being exploited.

The high court directed the two institutes to file separate affidavits on their capacity to manufacture the vaccines on per day/ week/ month basis and also the current optic of the vaccines and how much unused capacity is lying.

They also have to indicate if they can scale up their production capacities, it said.

“Union of India (UoI) shall file an affidavit disclosing the capacity to transport the vaccines while maintaining the whole chain particularly to the NCT of Delhi. The Union of India shall also indicate the extent to which it is presently being used,” the high court said.

“The UoI shall explain the rationale behind keeping strict control over class of persons who can be vaccinated as noticed in our last order. Under the present system, persons above 60 years of age and between 45 to 60 years with co-morbidities can receive vaccination.

“An affidavit to be filed by the UoI disclosing the rationale for such classification,” it said.

It also asked the Delhi government to carry out inspection of medical facilities available in court complexes here and to report if COVID-19 vaccination centres could be set up there and also the short comings in facilities.

The high court asked all the authorities to file their affidavits by March 9 and listed the matter for further hearing on March 10.

The high court was hearing a PIL initiated by it to examine the demand of Bar Council of Delhi (BCD) to declare all people associated with the judicial functioning, including judges, court staff and lawyers as “frontline workers” so that they could receive COVID-19 vaccination on priority and without limitations of their age or physical condition.

It also asked the Delhi High Court Bar Association and BCD to disclose the strength of members registered with them to get an idea of number of people to be vaccinated in the judicial system in the national capital.

During the hearing, the counsel for Bharat Biotech sought to know the target audience for vaccination and whether the ambit was entire judiciary.

Additional Solicitor General Chetan Sharma and advocate Anil Soni, representing the Centre, informed the court that selection of class of people for vaccination was a policy decision which was taken by an expert body.

Sharma informed the high court that a similar petition is pending before the Supreme Court and will come up for hearing on Monday.

To this, the bench said the issue here is to find out if the whole judicial system, including judges, lawyers and court staff, can be prioritised without age and co-morbidities limitation.

On Wednesday, the high court had taken suo motu cognisance and initiated on its own a public interest litigation on the basis of a communication received from the BCD.

It had said there is a clear pattern emerging that the number of COVID-19 positive cases increases with greater intermingling and congregation of people.

It had said premises and court rooms of the high court, which is scheduled to resume physical functioning from March 15, and some of the district courts are air-conditioned and with increased footfall, there is likelihood of the rate of infection amongst those who attend the courts spiking, once the full-fledged physical functioning of courts in Delhi resumes.

It had noted that in the first round, frontline workers, particularly of the medical community were covered, and others such as the police force have already been covered.

The court had referred to a communication sent to the chief justice by BCD Chairman Ramesh Gupta requesting that appropriate directions be issued to the concerned authorities to make available necessary infrastructure in court premises, particularly in dispensaries for vaccinating the members of the judicial system by treating them as frontline workers.

The bench had said that the need of the hour is to vaccinate the masses, in view of the raging pandemic, on a war footing so as to secure the life and health of all those who step out of their homes to attend to their avocations and professions.

It had added that since the cases listed on any given day are mostly different from those listed on the previous or the next day, the litigants are also different and this peculiarity exposes the judges, court staff and the lawyers to the risk of contracting the disease.

The bench had observed that the comorbidities enlisted by the government to accommodate people of 45 to 60 years age are serious conditions from which the judges, staff and advocates may or may not be suffering with but this does not mean that the risk of their contracting the disease and suffering serious health issues, including fatality, does not exist.