Explained: Amid Avian Influenza Scare, A Look At How Chickens, Ducks Are Culled

Culling is basically the mass slaughter of domestic poultry birds, such as chickens and ducks, to contain the spread of bird flu. 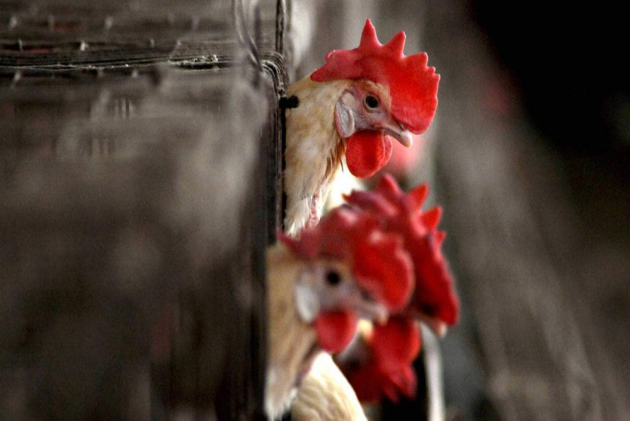 With more states confirming cases of bird flu and many still probing the unexplained deaths of wild birds, crows, and poultry, the central government has intensified its coordination with local authorities to contain the spread of the disease. Many states have announced culling of chickens and ducks, a ban on live birds markets and restriction on chicken and related food materials has also been implemented.

"Till January 11, 2021, Avian Influenza has been confirmed in 10 states of the country," the Department of Animal Husbandry and Dairying said in a statement.

Delhi, Maharashtra and Uttarakhand became the latest on Monday to confirm the spread of the dreaded avian flu.

Culling is basically the mass slaughter of domestic poultry birds, such as chickens and ducks, to contain the spread of bird flu. During the culling process, all domestic birds in an infected area, i.e., an area where cases of bird flu have been reported, are slaughtered and their remains are buried.

The culling in India is done in a radius up to one kilometre from the contamination site. This means all domestic birds present in commercial farms, backyard farms or live bird markets in the infected zone are culled.

Earlier, culling was done only to stop the viral disease from spreading to birds in other farms outside the infected zone. It is now also aimed at protecting humans, ever since the first transmission to humans in 1997.

Why are only poultry birds culled?

It’s not just poultry birds that spread avian influenza, but also wild and other birds, however, only domestic poultry birds are culled because of their close proximity with people, raising the chances of transmission of the virus to humans.

How are the birds killed in India?

By wringing their necks. “The birds should be culled by a quick twisting of the neck (cervical dislocation), taking care that the process is humane,” states the Action Plan for Prevention, Control and Containment of Avian Influenza mentioned. This method results in death from cerebral anoxia due to cessation of breathing and/or blood supply to the brain.

In the previous cases of bird flu outbreaks in India, the birds were killed directly using this method, but following the recent outbreak, the plan has been revised. Currently, the process requires the cullers to first administer oral anaesthesia to birds weighing above three kilograms.

This new revision has been made on the recommendation of the World Organization for Animal Health (OIE), which has a manual for the killing of animals for disease control purposes.

After culling, the bird carcasses are either burnt/incinerated or buried in deep pits which are then covered with layers of lime.