Explained: Here’s Why Mixing Two Covid-19 Vaccines Should Happen, Or Why Not

The benefits of mixing two vaccines are to prevent the development of immunity by the virus against a viral vector-based vaccine. 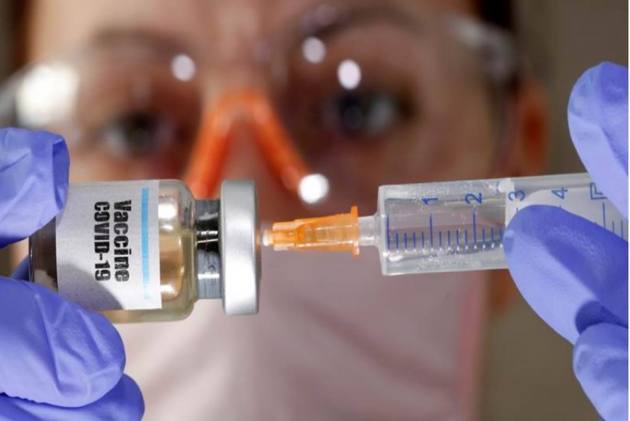 ICMR study has recently suggested that mixing two different vaccines is safe and it also provides better immunity. The two vaccines available in India use different platforms – Covishield is an adenovirus vector platform-based vaccine, while Covaxin is an inactivated whole virus vaccine.

“Amid a pandemic, giving right vaccine to right people at the right time is, unsurprisingly, proving to be a logistical challenge, particularly in India with a large population remaining to be vaccinated, however, with the scare of the third wave of the pandemic, vaccination is the only thing that can help prevent oncoming third wave,” Dr Harish Chafle, Senior consultant and chest physician at Global Hospital, Mumbai, said.

“As of now there are several types of Covid-19 vaccines including inactivated virus, virtual vector-based and RNA-based vaccines. The recent practice of mixing of vaccines are originated to necessity stems for the aim of increased protection. And simplifying vaccination efforts for countries facing fluctuating supplies of the various vaccines and its judicious utilisation, has a risk of increased side effects and most importantly, a lack of evidence as yet," Dr.  Chafle added.

Who participated in the ICMR study?

“Overall, this study demonstrates that immunisation with a heterologous combination of an adenovirus vector platform-based vaccine followed by an inactivated whole virus vaccine is safe and elicits better immunogenicity than two doses of homologous vaccination, using the same vaccines,” the study said

“While ICMR using a mistake to get some preliminary data on heterologous vaccination is commendable, there is no great novelty in the approach. These results are really preliminary because it examines only 18 individuals with mixed vaccination,” leading immunologist Dr Vineeta Bal said. “There is no easy immunological explanation in the present case… The data shows that heterologous vaccination triggers better antibody response as compared to two shots of Covaxin. However, there is no such enhancement seen with two shots of Covishield,” she said.

Is it advisable to mix vaccines, then?

According to the World Health Organization, there is currently limited data on the immunogenicity or efficacy of a “mix and match” regimen. The AstraZeneca recommendations have been modified to indicate that either of the mRNA vaccines (Pfizer or Moderna) can be used as a second dose following a first dose with the AstraZeneca vaccine, if a second dose of AstraZeneca vaccine is not available. Based on the basic principles of how vaccines work, “WHO is of the view that the mix-and-match regimens are likely to work. However, we really need to analyse the evidence in each of these vaccine combinations before any other recommendations can be made,” the WHO said in an email.

From a regulatory perspective, “regulators know only what companies have done — and mix-and match studies do not usually come under their purview as applications from companies, because companies want to sell two doses of their product, not one in combination with another company’s product”, Dr Kang said. “When academics do studies, they want to characterise immune response and understand whether it is strong and long lasting. All this is a process of learning and we have a long way to go and not just take limited information and draw large inferences.”

When are vaccines mixed?

Prior to Covid-19, studies have shown better and broader immune responses with mixing of vaccines of different types.

Mixing of two vaccines can also elicit a strong and long-lasting immune response, compared to a single vaccine regimen.

The benefits of mixing two vaccines are to prevent the development of immunity by the virus against a viral vector-based vaccine. The vaccines which are approved for COVID-19- Sputnik V, Johnson & Johnson and AstraZeneca use a modified adenovirus as a vector to deliver the SARS-CoV-2 spike protein to evoke an immune response.

But with subsequent doses of vaccines there are a possibility of developing an immune response against the adenovirus vector. Hence dampening the effect of viral vector-based vaccines.

The possible risks of involved in vaccine mixing include increased side effects and reported as adverse events after immunisation (AEFI). Reportedly, elderly population are facing increased in fever, joint pain, headache and malaise after receiving mixed vaccination.  It is also suggested that mixing of vaccines can increase in side effects may even be greater in the younger population due to greater systemic reactogenicity. Heterologous vaccination regimen leads to add complexity in terms of differences in shelf life.

If India needs to improve the rate of vaccination, then this strategy of mixing 2 different vaccine might help in the long run if the results of the trials are in favour.