Covid explained: Top scientists, doctors, ministers, and government officials have already signaled that the third wave can be more severe than the current one and can majorly affect children. 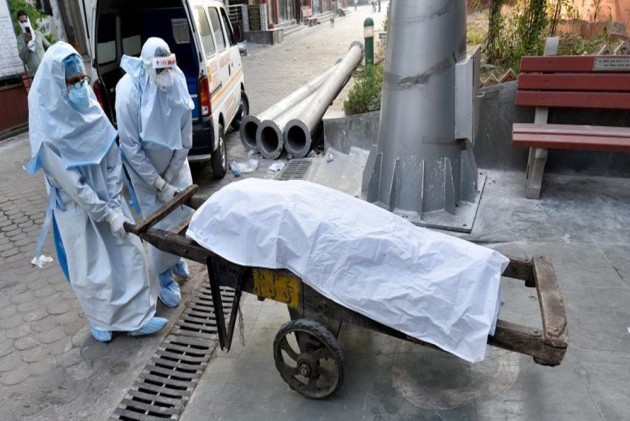 With a gradual decline in Covid cases, the country is fast recovering from the shock induced by the second wave of coronavirus. The dip may have come as a relief but it has rung the alarm bells of a possible third wave. Top scientists, doctors, ministers, and government officials have already signaled that the third wave can be more severe than the current one and can majorly affect children. Global experiences also suggest that the intensity of the third wave can be more dangerous but by ramping up our efforts and improving our health infrastructure in advance along with vaccination, we can significantly reduce the death counts as compared to current deaths which are more than 1.7 lakh.

According to a recent SBI Ecowrap report, the average duration of the third wave for top countries is 98 days and that of the second wave is 108 days, with the third-wave peak as a multiple of second at 1.8 and second wave as a multiple of first at 5.2 (for India it was at 4.2). But, gene mutations in viruses can change these calculations. The B.1.617 variant alongside various other strains is the reason behind the deadly second wave. The virus mutates in such a way that it deceives the body's immune response and makes way to escape. This can increase risks of reinfection in those who have already developed antibodies or have been vaccinated. At the onset of the pandemic, it was believed that the younger population was devoid of perils of the virus and they remained relatively unaffected during the first wave. However, during the second wave, a higher number of children and adolescents got infected and now, they are at larger risks of becoming severely ill in the third wave.

To avert the catastrophic consequences, vaccination should be our topmost priority, especially for the children who could be the next vulnerable group. India has around 15-17 crore children in the 12-18 age bracket and it should go for an advanced procurement strategy like that adopted by developed nations to inoculate this age group. Vaccination in rural India remains a huge challenge. Behavioral dynamics of the population are also affecting vaccination drives. The children in metros are aware but a larger section in rural areas is influenced by factors including perception, trust, norms, beliefs, etc before they decide to take the shot. This challenge has to be mitigated through the setting up of robust vaccination mechanisms and awareness drives at rural levels.

The central and state governments have already initiated efforts by setting up Covid task forces to arrange enough beds for children in hospitals, community centers, etc. There is also a need for dedicated spaces for parents who will be attending children in hospitals, mainly infants in case of emergencies. India is expected to procure 2.16 billion doses between August and December 2021 along with this, maintaining a good stock of life-saving drugs and oxygen concentrators should be scaled up on priority. The doctors and health workers also need to be trained to identify cases that need extra attention and which do not, to save time and human power.

A large population has already been infected during the second wave as the positivity rate is almost four times that of the first wave.  Also, many cases of infections have remained unconfirmed because they were never tested. These indicate that currently many have already developed antibodies. In addition, vaccination will also provide immunity.  Due to these, a lower number of individuals will be at risk of getting freshly exposed to the virus in the third wave. If people continue to take strong measures, it's possible that this time, the fresh wave will be managed more efficiently.

On a positive note, I firmly believe that the 3rd wave is likely to be well handled both by the government and other relevant health authorities including hospitals and healthcare workers as the devastating second wave has taught many lessons and led to ramping up of infrastructure including that for Oxygen supplies. The fact that we were caught unawares led to an aggressive gear up by all concerned. A large part of the population has suffered Covid and would have reasonable immunity. With all 18+ soon getting free vaccinations and the clinical trials for children already underway we may well be prepared to tackle the 3rd wave quite robustly. The people at large need to continue to tightly maintain Covid appropriate behaviour. All this out together should help vastly and see us through.