Explained: Myths And Realities About The Central Vista Project

Central Vista Project: The Union government says Rs 20,000 crore is gross rough estimate of all the planned development/redevelopment works under the project. 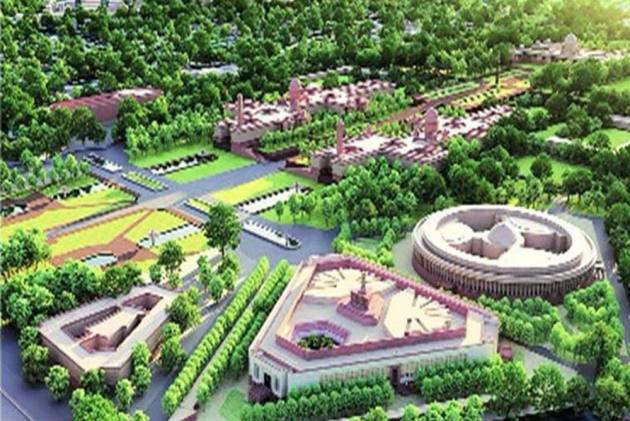 The Centre has released a document to bust the myths around the Central Vista project, which has been used by the Congress to attack the government.

The opposition had claimed that Rs 20,000 crore is being spent on the project this year during the Covid-19 pandemic. The ministry said that the redevelopment plan was envisaged in 2019, many months before the outbreak of the pandemic, and it is a generational infrastructure investment project, involving multiple projects spread over six years. It also said that Rs 20,000 crore is gross rough estimate of all the planned development/redevelopment works.

Central Vista Project: VP, PM Houses To Be Ready By 2022

To Build Or Not To Build, That Is The Question

"Till date, only 2 projects of New Parliament Building with tendered cost 862 crore and Redevelopment of Central Vista Avenue with tendered cost 477 crore have been awarded and works are underway. Expenditure incurred on these 2 projects till March 2021 195 crore and budget provision for 2021-22 is 790 crore," the ministry said.

“The actual cost of the other projects which are part of Central Vista Development/ Redevelopment Master Plan will be known after detailed projects reports are prepared of each of these projects, and works are awarded after tendering which have not been done so far,” it added.

The Centre also rubbished the reports that Rs 13,450 crore is being incurred on new house for Prime Minister. The estimate includes multiple projects, including 10 buildings, the ministry said, adding that the construction work for the Prime Minister's residence has not yet been tendered and no sanction has been accorded by the government. "The cost for the PM’s residential complex has been mischievously exaggerated in media," the ministry said.

"Rs 35,000 crore of the annual allocation has been allocated as a one-time grant towards Covid-19 vaccination, significantly more than the cost of the Central Vista redevelopment project. Thus, the one-time amount for vaccination for FY 2021-22 is 175% more than the total budget for the Central Vista project, which is expected to be completed by 2026," the ministry said.

Justifying the ongoing work at the project site, the central ministry said that stopping the work at this stage will entail creating liabilities for the government under the existing contracts and the workers’ interest. It also cited inflation as a key issue if the project is delayed.

The Delhi High Court on May 31 dismissed a plea against the ongoing construction activities of the Central Vista Redevelopment project and terming the Public Interest Litigation (PIL) as "illegal motive" to halt the construction work.

The government also said that environmental sustainability is at the core of the Central Vista project, debunking the myth that it is contributing to environmental damage.

"The projects will result in overall increase in green cover. Trees will be transplanted in Eco-Park being developed by NTPC at Badarpur after due permissions from competent authorities. Steps are being taken to minimise on-site air emissions, noise, wastewater discharge, soil erosion as well as construction waste," the ministry said.

The ministry also promised that none of the heritage buildings – India Gate, Parliament, North & South Blocks, National Archives or any other - will be demolished. "While these heritage buildings retain their architectural majesty, they are under severe stress and in need of comprehensive upgradation. Therefore, the heritage buildings that fall under the scope of the Central Vista development/redevelopment project will be appropriately retrofitted, as per Heritage Conservation standards, and refurbished for their future use," it added.

The charges of lack of public disclosure, the project being a drain on resources and government continuing it during second wave of Covid-19 pandemic by invoking Essential Services Act were also rejected by the ministry.

The redevelopment project of the Central Vista - being handled by the Union ministry of housing and urban affairs - envisages a new triangular Parliament building, a common Central Secretariat and the revamping of the three-km-long Rajpath from the Rashtrapati Bhavan to India Gate and new residences for the prime minister and the vice president.