Nepal decided to publish new maps which will include areas of dispute with India. The country's PM said that diplomatic efforts will be made to bring back the territories. 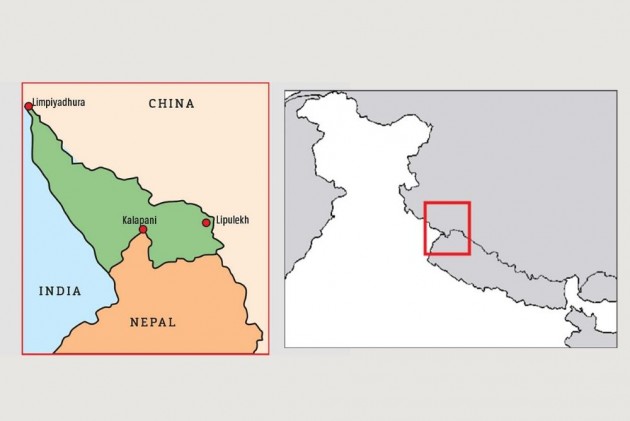 The coronavirus pandemic may have blurred international boundaries and shrunk the world into one big infirmary, but not so much for Nepal, one of India’s neighbours and closest allies for decades. In fact, the Himalayan country has touched off a raw nerve by deciding to publish new maps which will include areas of dispute with India. And for good measure, the Nepali Prime Minister K.P. Oli declared that the “Indian virus looks more lethal than Chinese and Italian.” This round of acrimony began at the Federal Parliament of Nepal recently where the country’s President Bidhya Devi Bhandari made the announcement about the new maps that will incorporate all the disputed territories—Limpiyadhura, Kalapani and Lipulekh.

Last year, New Delhi published a new map that showed Kalapani within its borders, a move protested by Kathmandu. India and Nepal share an 1,800 km open border. Nepal said it has “consistently maintained” that as per the Sugauli Treaty of 1816, “all the territories east of Kali (Mahakali) river, including Limpiyadhura, Kalapani and Lipulekh, belong to Nepal”.

The Lipulekh Pass is claimed by Nepal based on the Treaty of Sugauli it entered with the British colonial rulers to define its western border with India. Kathmandu also claims the highly strategic areas of Limpiyadhura and Kalapani, although Indian troops have been deployed there since New Delhi fought a war with China in 1962.

Later, speaking in the Parliament, Oli held India responsible for the spread of COVID­19 in Nepal and said the infection was “more lethal” among the people coming from the neighbouring country. “Those who are coming from India through illegal channels are spreading the virus in the country and some local representatives and party leaders are responsible for bringing in people from India without proper testing.”

“It has become very difficult to contain Covid­19 due to the flow of people. A chunk of the area in green is the source of a long discord between Nepal and India from outside. Indian virus looks more lethal than Chinese and Italian now. More are getting infected,” he was quoted as saying.

In the same speech, Oli reiterated his country’s claim on Limpiyadhura, Lipulekh, and Kalapanias after his cabinet endorsed a new map showing parts of India under its territory. While answering a question by the parliamentarians regarding the issue, Oli said that diplomatic efforts will be made to bring back the territories. “As Prime Minister of the incumbent government, I want to appraise the honourable house that the issue of Limpiyadhura, Lipulekh, and Kalapani won’t be covered up, a conclusion will be drawn regarding it. We won’t let this issue fade out and it will be sorted out through diplomatic talks making concrete efforts and the territories will be reclaimed,” Oli said.