After the Pilot camp, now six former BSP MLAs, who joined the Congress demanded an expansion of the state cabinet, stepping up the tension which is already brewing between the two factions. 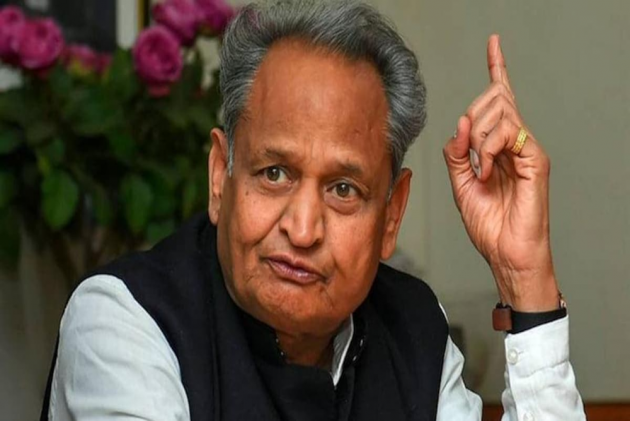 After the Sachin Pilot camp, the six former BSP MLAs, who joined the Congress have demanded expansion of the state cabinet soon. This has stepped up internal deliberations in Congress where the tension is already rising between the two factions.

The former six BSP MLAs have now become open about their important role in saving the Ashok Gehlot-led government which was on the verge of debacle after an open rebel by his then deputy CM Sachin Pilot, causing a major political crisis that went for two months in Rajasthan.

The six MLAs, who left BSP to join Congress at Rajasthan Chief Minister Ashok Gehlot's behest, have on many occasions shown dissatisfaction towards the government and hinted towards the cabinet rejig and are hoping to be made a part of the government or given posts within the party. Four of the six MLAs- Lakhan Singh, Rajendra Gudha, Jogender Awana and Sandeep Yadav held a joint press conference on Tuesday in which they made it clear that the MLAs are eyeing the expansion.

"Its high time and cabinet expansion should take place as it would improve the efficiency of the government. The government should not forget that they were saved because we six MLAs and as well as independent MLAs merged our legislative party with the Congress and the independents", Rajendra Singh Gudha told reporters.

Further expressing their unhappiness over the political impasse over cabinet expansion and political appointments, Gudda added, "The Congress high command should understand that had we not supported Ashok Gehlot led government, then by now they would have marked its first death anniversary". Congress in Rajasthan has the support of six MLAs, who came from BSP, and 10 independents.

The same views were echoed by Tijara MLA Sandeep Kumar Yadav saying it was because of them that the government was in crisis last year. "Had we (six) and independent MLAs not stood by the government, the Congress in Rajasthan would have no longer been in the power. Hence if they go for expansion they should not only think of accommodating disgruntled 18 loyal MLAs of Sachin Pilot, who rebelled openly, but should think about us also", said MLA Sandeep Kumar Yadav, who was earlier in the BJP but was denied ticket to contest assembly election in 2018 and had moved to the BSP.

Reacting to the claims of BSP MLAs, Pilot loyalist MLA, one of 18 who accompanied him last year during the revolt said, "It's an irony to see those people talking about loyalty who switch parties for greed and power. This is nothing but pressure tactics. They should openly disclose that on whose behest are they making these statements",  Bhakar, a Pilot loyalist, who was accompanied by another Congress MLA from Masuda constituency Rakesh Pareek told reporters at a presser.

The Rajasthan Cabinet currently has nine vacancies but it is turning out to be a tight rope walk for the party leadership to adjust all factions. In 2020, two of the Pilot's loyalist cabinet ministers  were sacked from their ministerships in the state government.

"Ashok Gehlot not only has to accommodate his own supporters but equally satisfy Pilot's camp as well as the independent MLAs and his allies. He is a thorough politician and good at taking all sides along, but this time, it is slightly tricky", a senior Congress leader told Outlook.

As per the sources, Senior Congress leaders, including the general secretary in charge of Congress in Rajasthan Ajay Maken are holding discussions are underway for filling up the vacancies in the state cabinet to adjust all sections.

MLAs from Congress and its allies have repeatedly demanded the expansion and highlighted that some departments are completely dependent on government officials, and they will function efficiently after a minister is appointed again.

As per party insiders, the ongoing Ashok Gehlot — Sachin Pilot political tussle is responsible for the delayed cabinet expansion and political appointments.