Explained: Why Chandrayaan-2 Soft Landing Is A Terrific Moment For India

What’s so special about the Indian Space Research Organisation’s (ISRO) moon mission -- Chandrayaan-2? Is it difficult? Why is it a big deal for the space agency and the country? 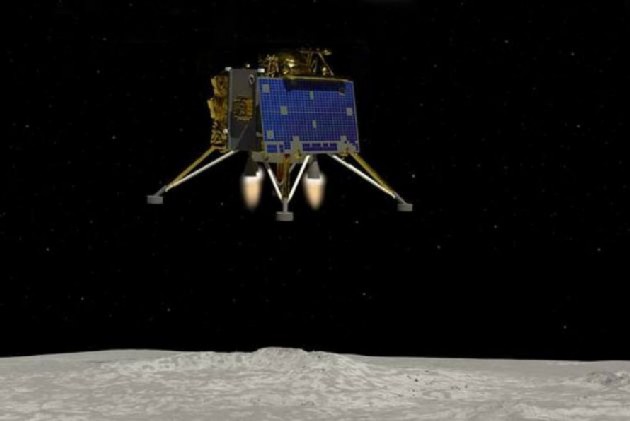 The Chandrayaan-2 moon mission is scheduled to land on the lunar surface in the early hours of Saturday (September 7). The mission comes exactly half a century after the first human being stepped onto the lunar surface. Apollo-11 landed on the moon with three astronauts on July 20, 1969. In the years preceding this epic journey, several unmanned probes launched by the Soviets and Americans had orbited the moon and some had landed on its surface. So, people awaiting the soft landing of Chandrayaan-2 have few questions in mind: What’s so special about the Indian Space Research Organisation’s (ISRO) moon mission? Is it difficult? Why is it a big deal for the space agency and the country?

We explain why this mission is important for India as well as the space community.

Why Is This Mission Special?

Chandrayaan- 2 is the most complicated and technologically challenging space mission the Indian space agency has taken up since it started sending satellites into space four decades ago. It is also certainly more complex than deep space and inter-planetary missions ISRO has undertaken so far – Chandrayaan-1 and the Mars Orbiter Mission (MOM). The key difference is that Chandrayaan-2 is the first mission in which ISRO is attempting to land an earth-made object on a celestial body. Both Chandrayaan-1 and MOM were orbiters, meaning satellites that were sent to orbit the moon and the Mars respectively and collect data. Chandrayaan-2 is a combo – it has an orbiter as well as a lander (which contains a rover). The orbiter part is already in its orbit around the moon. The lander called Vikram has separated from the mother module and will descent on the lunar surface on the intervening night of September 6-7. The lander will roll out the rover named Pragyan. A successful landing will make India the fourth country after US, Russia and China to soft land on the moon. But more importantly, India will be the first country to launch a mission to the lunar south pole.

The Indian mission to the moon has taken enormously long to reach the lunar orbit and eventually the lunar surface, planned for early hours of September 7. The journey began on July 22 with the launch of composite Chandrayaan-2 module onboard the GSLV Mark III rocket from the Satish Dhawan Space Centre in Sriharikota. After a series of complicated manoeuvres – first in the elliptical orbit of the earth, followed by the lunar transit trajectory and finally the insertion into the lunar orbit – the module reached an orbit around the moon. On September 2, the lander Vikram successfully separated from the orbiter, following which two de-orbiting manoeuvres were performed to bring the lander closer to the Moon. On September 7, the lander-rover will attempt a soft landing on the Moon. Each step in the process has been a nerve-wracking exercise for those in the mission control because even a small miscalculation could have proved fatal for the mission.

Though the scientific goals of Chandrayaan-2 are an extension of Chandrayaan-1, but technologically the second mission is an advance over the first. Chandrayaan-1 was an orbiter, while Chandrayaan-2 is an orbiter-lander (and rover) combo. Chandrayaan-1 had a small ‘landing’ component called the Moon Impact Probe (MIP), but it was designed to crash land, and not soft land on the moon. Moreover, MIP was too small and had limited payloads to collect data during descent. After soft landing, the Vikram rover will release a rover ‘Pragyan’ which will collect scientific data about the lunar surface, sub surface and the atmosphere.

What Is Soft Landing? Why Is It Important?

Space missions are all about speed as the distances are astronomical and spacecraft have limited fuel supplies. But landing on the surface of any celestial body is about reducing the speed of spacecraft for a perfect touchdown without any damage to the craft or without any hazard on the landing site. That’s why it is called a soft landing. Developing a lander for soft landing requires a new set of technologies which ISRO has developed and incorporated in the Vikram lander. Soft landing on the surface of planet Mars and Venus was done using parachutes to reduce the speed at the time of fall, but this can’t be done on the moon as it does not have sufficient gravity and has no atmosphere (unlike Mars). The various new technologies used in the lander are the use of retrorockets to reduce speed, position detection cameras, altimeters, touchdown sensors, solar panels, hazard detection and avoidance camera, etc. All these will make soft-landing possible and deployment of payloads as well as the rover Pragyan after landing.

Will It Help India Send Humans Into Space?

The mention of a mission to the moon and moon landing conjures up images of astronauts walking on the lunar surface. Those images are ingrained in the public imagination. India is far off from sending a manned mission to the moon, but one can say that tonight ISRO is seeking to take its first baby step towards realising that dream. There are dozens of technology building blocks needed for sending humans to space (or the moon) and bring them back safely to earth. Soft landing, with all its associated technologies, is one such. Chandrayaan-2 is a testbed for demonstration of technologies required for future deep space missions – unmanned and manned. It is an experiment. ISRO will have to undertake many such missions including ‘sample return’ missions before planning to place an Indian on the moon.

(The author is the Managing Editor of India Science Wire.)