Explained: Why Is Maharashtra Planning To Ban Coronil And What Is Its ‘WHO Certification’

Here’s all about the row over Coronil, and the “WHO certification scheme” cited by Patanjali 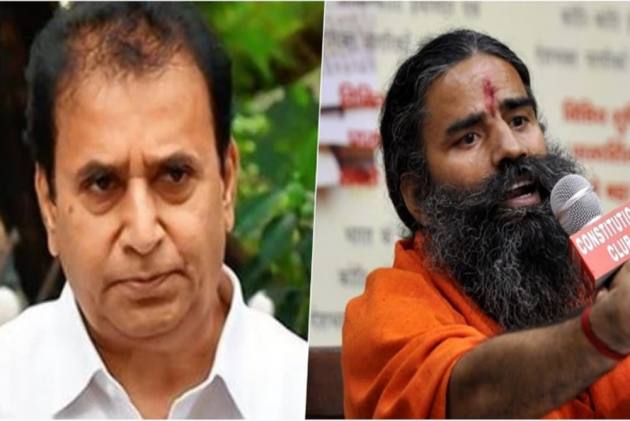 Maharashtra Home Minister Anil Deshmukh on Tuesday said the sale of Coronil, which Yoga guru Ramdev’s Patanjali group claims is medicine for the ongoing pandemic will not be allowed in Maharashtra “without proper certification from competent health organisations like WHO, IMA and others”.

Deshmukh wrote on Twitter, “The IMA has questioned the said ‘clinical trials’ of Coronil & WHO refuted the false claims made by Patanjali Ayurveda for giving any certificate regarding its effectiveness for Covid19 treatment. Launching such a drug hurriedly and being endorsed by two senior Central Union Ministers is highly deplorable. Selling of Coronil without proper certification from competent health organizations like WHO, IMA and others will not be allowed in Maharashtra.”

The #IMA has questioned the said 'clinical trials' of #Coronil & WHO refuted the false claims made by #Patanjali Ayurveda for giving any certificate regarding its effectiveness for #Covid19 treatment. (1/2)

So, here’s all about the row over Coronil, and what was the “WHO certification scheme” cited by Patanjali

What Patanjali’s has claimed?

At a press conference on February 19, Ramdev said Coronil had received certification from AYUSH Ministry. It recognised it as a drug that can be used as a “supporting measure in Covid-19” and as an immuno-booster.

Union Transport Minister Nitin Gadkari and Union Health Minister Harsh Vardhan, a qualified doctor who is also chair of the World Health Organization’s (WHO) Executive Board attended the press meet.

Harsh Vardhan said, “During British colonial times, Ayurveda should have been recognised, its knowledge publicised… Unfortunately, we had to wait till Independence to do that… The Rs 30,000-crore industry for Ayurvedic products which grew at 15-20% per year is growing at 50-90% after Covid.”

.@WHO has not reviewed or certified the effectiveness of any traditional medicine for the treatment #COVID19.

According to the press statement, Patanjali said, “Coronil has received the Certificate of Pharmaceutical Product (CoPP) from the Ayush section of Central Drugs Standard Control Organisation as per the WHO certification scheme.” Calling Coronil “an evidence-based medicine to fight Covid-19”, Patanjali said under the CoPP, the drug can be exported to 158 countries.

Following this, the WHO distanced itself from the product and without taking names, WHO South-East Asia wrote on Twitter, “WHO has not reviewed or certified the effectiveness of any traditional medicine for the treatment of COVID-19”.

Giving clarification on the same, Patanjali’s group CEO Acharya Balkrishna said that their certificate had come from the Government of India and not WHO. “We want to clarify to avoid confusion that our WHO GMP compliant COPP certificate to Coronil is issued by DCGI, Government of India. It is clear that WHO does not approve or disapprove of any drugs. WHO works for building a better, healthier future for people all over the world,” he tweeted.

We want to clarify to avoid confusion that our WHO GMP compliant COPP certificate to Coronil is issued by DCGI, Government of India.
It is clear that WHO do not approve or disapprove any drugs.
WHO works for building a better, healthier future for people all over the world. pic.twitter.com/ZEDPdWy0tg

What do you need to know about the WHO certification scheme for drugs?

According to the UNO body, the “role of WHO in the area of medicines regulatory support is two-fold. One aspect relates to the development of internationally recognised norms, standards and guidelines. The second aspect relates to providing guidance, technical assistance and training in order to enable countries to implement global guidelines to meet their specific medicines regulatory environment and needs.”

Its certification scheme is for finished pharmaceutical products and is a voluntary agreement among various countries.

-         A specific pharmaceutical product is authorised for marketing in the certifying country, or if not, the reason why authorisation has not been accorded;

On February 22, the Indian Medical Association (IMA) had criticised the “blatant lie of WHO certification” made by Patanjali Ayurved, and demanded an explanation from Harsh Vardhan for endorsing it.

The IMA statement mentioned, “Being a Health Minister of the country, how justified is it to release such falsely fabricated unscientific product to people of the whole country and how ethical was it to promote the product in unethical, wrong and false ways.”

The IMA also said that as per the code of act of the Medical Council of India, no doctor can promote any drug, “whether for compensation or otherwise, any approval, recommendation, endorsement, certificate, report or statement” and said that it was “surprising that the Minister himself is promoting the drug (Coronil)”.

The IMA then sought clarifications on the timeline for the clinical trial of Coronil, and what procedures were followed for the trials.