Who is responsible for the Prime Minister's security arrangements and what went wrong in Punjab? Here's what we know so far. 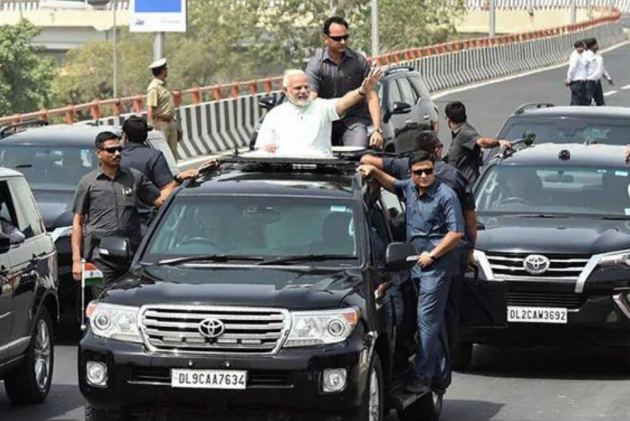 Prime Minister Narendra Modi's recent visit ended in a fiasco after his cavalcade was stopped on a flyover en route to a rally at Ferozepur on Wednesday. The convoy turned back midway after protesting farmers allegedly blocked the PM's route. The incident has led to several questions about the security arrangements of the Prime Minister. Even as images and videos of protesting farmers, as well as the trapped cavalcade, went viral, many within the BJP raised questions on the safety provided by Punjab Police as well as the state government. A high-level inquiry has also been set up to probe the alleged lapse in security.

But who is responsible for the Prime Minister's safe transportation? And why did a 20-minute delay snowball into a political slugfest?

What happened in Punjab...

On Wednesday, PM Modi was supposed to fly from Bathinda to Ferozepur in a helicopter. But due to inclement weather, the PM decided to reach Ferozepur by land. However, en route to the Hussainiwala Memorial where the PM was set to make an appearance, Modi's convoy was stopped at a flyover due to protesters holding a dharna ahead. According to reports, protesters were just 8-10 km from where the convoy was trapped. The latter remained stuck for about 20 minutes before deciding to turn back. BJP leaders have since accused the police of being lax and blamed their negligence for the security breach. On Thursday BJP leaders even sought the resignation of Punjab's Home Minister.

But is the PM's safety the state's responsibility?

The head of state is among the most figures in a nation and their security is a matter of topmost concern and priority. In India, the PM's security arrangements are planned and executed by an institution called the Special Protection Group (SPG). It is the SPG that plans all details of the Prime Minister's day-to-day safety, including their travel plans.

The SPG works based on protocols and standards laid out by the Ministry of Home Affairs in a manual called the "Blue Book". Ahead of the PM's visit to a state, the SPG carries out an extensive and mandatory Advance Security Liasion (ASL) along with the security forces of the respective state and officers from Intelligence Bureau. This is done three days before the PM's visit. The ASL report provides the basis for the security details to be provided for the secure passage and stay of the PM.

All details about the PM's visit including the means of his transportation from one location to the other, security details and risk analysis of the venues he will visit, are discussed in the ASL meeting and arrangements made accordingly. The meeting also includes weather reports as inclement weather exigencies are planned for in advance.

The SPG carries out audits bout fire safety, weather, and other threats. For instance, according to a report in The Indian Express, if the PM is travelling by boat, the vessel has to first be certified for safe use, or if there are too many bushes on the road through which he is travelling, they may be cut down.

To what extent is state police involved?

According to statements given by members of the SPG to the media, the SPG does not allow movement of the PM until and unless the state police clear it. The state police are also involved in checking saboteurs and anti-social elements and review security arrangements including coordination with police officers, rooftop snipers and officers in plain clothes. The PM is also always accompanied by an SP-rank police officer both at the venues he is staying in or the venues he is visiting. Local police are also responsible for picketing elements and sections of people who are known or potential threats.

What happens in case the PM's travel plans change?

The PM usually travels with alternate plans to accommodate any last-minute changes or exigencies. For instance, if the PM is scheduled to travel by air, elaborate backup travel plans are meticulously planned. In case protests have been planned in certain places, such routes are avoided with the help of police inputs.

What went wrong in Punjab?

Speaking to Outlook, Punjab's ADGP Law and Order Naresh Kumar confirmed that the police had given three warnings about the road blockade by farmers after which officers were asked to prepare a diversion plan. These instructions were sent on January 1, 3 and 4. The internal memo sent on January 1 noted that the CM and other VIPs may come by road due to the possibility of rain on January 5.

For this, planning of route arrangements was asked to be made in advance. After this, another internal memo was sent on 3 January in which it was said that there are sugarcane fields, canals and tube wells in Ferozepur where the deployment of police forces should be considered. Officers were also asked to ensure that the protesters do not block the route of the rally, and create alternate routes in advance. Police were asked to deploy in the form of groups and mobile teams on the route so that they could clear the jam if needed. However, it seems that proper arrangements were not made.

While the BJP has accused the Punjab government and administration of negligence and demanded the resignation of Punjab's Home Minister Sukhjinder Singh Randhawa, the Punjab government has dismissed the claims. Many such as BJP leader Ashwani Sharma have even accused the Congress of pre-planning the incident. Chief Minister Charanjit Singh Channi on Wednesday denied any security breach. On Thursday, he even made an appearance at a rally in Hoshiarpur where he called the PM's "life threat" incident a "gimmick" aimed at toppling a democratically elected government ahead of polls. The government has, nevertheless, formed a three-member committee to look into the matter.

A plea has also been filed in the Supreme Court seeking an urgent investigation into the matter. The apex court will hear the case on Friday.

(With inputs from Harish Manav)