This year, the theme of the Vigilance Week celebrations is 'Independent India @ 75: Self Reliance with Integrity'. 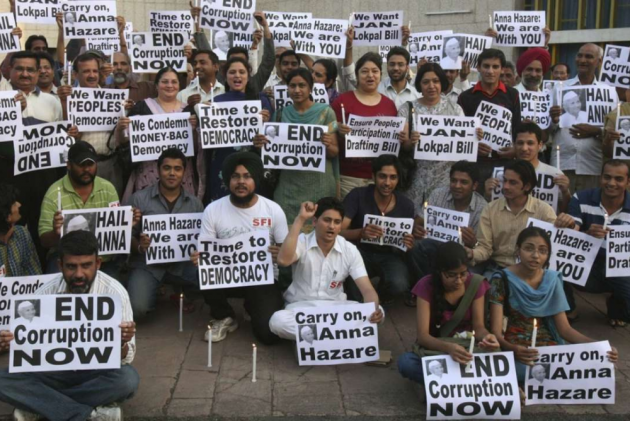 Vigilance and awareness are the hallmarks of a democracy, a system of governance 'by the people for, the people' which derives legitimacy through transparency and a system of checks and balances. But in practice, democracies are often plagued by corruption. And as a reminder of the importance of fighting against corruption, the country on Monday started observing Vigilance Awareness Week.

What is the 'Vigilance Awareness Week?'

The Vigilance Awareness Week is celebrated every year in the birthday week of Sardar Vallabbhai Patel's, often referred to as the 'Bismark of India'. Patel was born on October 31st and is hailed as a man of high integrity and honesty. This year, Vigilance Week is being observed from  October 26 to November 1. The celebrations and activities planned through the week are aimed at recognising the ills of corruption and promoting ways to combat it at an individual as well as systemic level.

In Jammu, It Is BJP Versus BJP As ‘Corruption’ Charges Mount

The occasion is observed by the Central Vigilance Commission annually.

The idea of the "Vigilance Awareness Week" was first floated in 2000 when the then Chief Vigilance Commissioner wrote a letter citing the importance to curb corruption. The letter noted that corruption was "anti-national", "anti-economic development" and "anti-poor", as quoted by a report in CNBC TV18.

What is this year's theme?

This year, the theme of the Vigilance Week celebrations is 'Independent India @ 75: Self Reliance and Integrity'.  A host of activities have been planned around the country to celebrate the week.  The theme was proposed by the CVC to mark 75 years of India's independence and in keeping with the central government's push for "atma-nirbhar" Bharat.

The initiative aims to bring together all the stakeholders when fighting against the scourge of corruption.

How is it being celebrated?

Several education institutions, government offices and corporates have taken up Vigilance Week celebrations in the spirit of promoting transparency and curbing corruption.

Educational institutions like the Indian Institute of Management in Vishakhapatnam, English And Foreign Languages University in Hyderabad and others have kicked off Vigilance Week activities by taking special integrity pledges in a way to commit to the ideals of transparency and honesty. Corporates like the Fortune 500 Company Bharat Petroleum as well as banks and financial companies both private and public also inaugurated Vigilance Week celebrations on Monday.

The CVC has also started an initiative under which anyone can anonymously lodge a  complaint against corruption with the regulatory body under Public Interest Disclosure and Protection of Informers Resolution (PIDPI). The initiative is aimed at empowering the common man against corruption.

According to a 2020 report by corruption watchdog Transparency International, India has the highest bribery rate in Asia and the most number of people who use personal connections to access public services.

As of 2020, India stands at the 86th spot on the corruption perception index among a list of 180 countries. This is worse than 2019 when India stood at the 80th spot.

Despite several efforts by successive state and national governments, corruption continues to be a scourge for the nation. Promoting transparency and honesty, especially in educational institutions and corporations, as well as strengthening anti-corruption institutions might be the way forward for India if it truly wants to achieve its socio-economic development goals. And Vigilance Awareness Week could serve as a reminder of the importance of continuing the fight against corruption both at national and individual levels.