Ex-Rajya Sabha member Kripal Parmar said that he was feeling humiliated by the party after the BJP denied him a bypoll ticket in Himachal Pradesh this year. 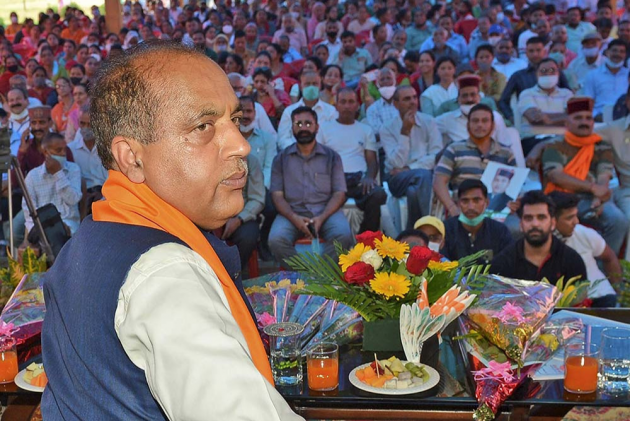 While the BJP had not yet fully recovered from the shock of losing four bypolls, the ruling party in Himachal Pradesh received a fresh political blow on Tuesday after the party's state Vice President Kripal Parmar resigned from the post. The move may be an indication of simmering discontent among the ranks of the party ahead of the assembly polls due next year.

A close aide of national BJP president J P Nadda, the former Rajya Sabha member Kripal Parmar resigned from the post of BJP's state vice president, just a day before the party's top leaders and core committee meeting in which the BJP's poor performance in the bypolls is slated for scrutiny.

A key contender for the party ticket in the bypoll at Fatehpur—a seat he had unsuccessfully contested in 2017, Parmar was denied ticket which was eventually given to party rebel Baldev Thakur.

Parmar, who sent his resignation to the state BJP president Suresh Kashyap, told media persons that he was feeling humiliated by the party.

"There has been a consistent effort by some leaders as well as the government to sideline and humiliate senior leaders who have worked at the grass-root level to strengthen the BJP in the state," Parmar pointed out.

The Former MP also added “I had raised these issues at party forums several times. Given them proofs about questionable deals of some persons. But, most of these persons got elevated in the party ranks and also the government during the past four years. So, I decided to quit the party post. Can’t take humiliation anymore.”

Parmar hails from Kangra –which is the state’s biggest district with15 assembly seats. No party can form the government without a minimum of nine to 11 seats from Kangra. Incidentally,  Parmar had been the favourite of Prime Minister Narendra Modi during his stint as the BJP state in-charge. The PM's support is said to have been instrumental in Parmar's election to Rajya Sabha.

The development may not bring good news for Chief Minister Jai Ram Thakur and state party president Suresh Kashyap as it has stirred fresh speculation over the party's weakening grip over the state.

There is also a feeling creeping in the party that some leaders close to the party have become arrogant and lost their contact with the grass-root party leaders and old BJP leaders.

“Most of these leaders behave in a very autocratic and dictatorial manner," admits another party office-bearer.

Former minister and sitting MLA Ramesh Dhawala, OBC leader from Kangra, had an open spat with BJP’s state organising secretary Pawan Rana. He went to the extent of accusing Rana of interfering in his constituency.

In the bypoll at Jubbal-Kotkhai seat where Chetan Bragta, son of former horticulture minister was denied a ticket, the BJP's Neelam Saraik lost her security deposits while Chetan Bragta scored 41 per cent votes.