A laptop was kept in a school bag which exploded inside Rohini court's courtroom number 102. Initial assessment suggests that the malfunctioning laptop battery caused the explosion. 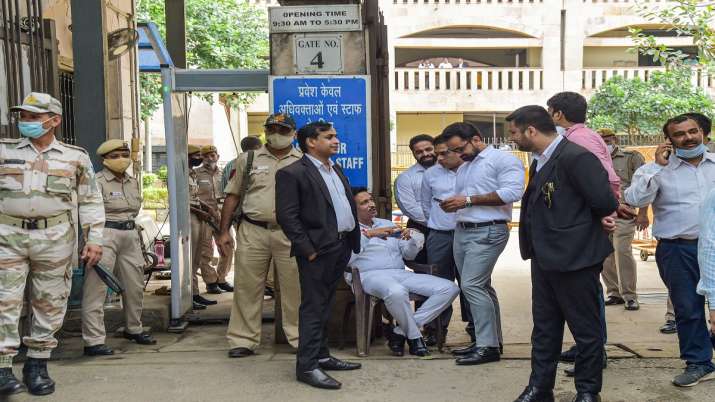 Delhi's Rohini Court, on Thursday morning, witnessed a minor explosion. So far no casualties or injuries have been reported.

According to the findings of the initial assessment, some malfunction or leakage in the laptop's battery resulted in the explosion.

Available details suggest that a laptop was kept in a school bag which exploded inside  courtroom number 102. Videos have emerged on social media showing a laptop lying on the floor, with police personnel rushing around.

The fire officials said they received information about the explosion at 10.40 am, following which seven fire tenders were rushed to the spot.

Forensic and crime teams will be conducting an analysis to detrmine the exact cause and other details of the incident.

(This is a developing story. More details awaited.)