Haryana Chief Minister Manohar Lal Khattar said his remarks was not made with a ‘malicious intent, but were ‘aimed at self-defence’. 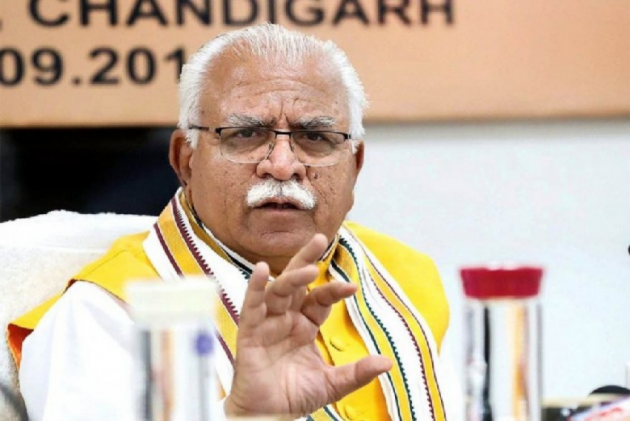 Khattar, who sounded apologetic while performing Navratri prayer at Mata Mansa Devi Temple in Panchkula, said his remarks were not made with a “malicious intent”, but it were “aimed at self-defence”.

“Farmers have been hurt by this comment. I withdraw this comment as I don’t want a law and order situation, disturbing the peace of the state,” he said.

He added: “Everyone has a right to protest peacefully”.

On Sunday, Khattar had asked the party’s Kisan Morcha workers to raise volunteer groups in the state who can “pick up sticks” against protesting farmers.

The controversial remarks seen in a video were widely shared on social media platforms and evoked much criticism.

The reference was aimed at the protesting farmers who have been chasing the ruling BJP-JJP leaders, and disrupting their events.

“We will have to encourage upcoming farmer groups...in every district, particularly the northern and northwestern districts, we will have to raise groups of 500-700 kisan volunteers... And then sathe shathyam samacharet (tit-for-tat). Pick up sticks,” Khattar was heard saying in the video.

In the video Khattar can be also heard saying the not to worry about bail, after picking up the sticks.

“If you spend a couple of months...you will become a leader. You will learn much more than these meetings and become a leader,” he can be heard saying in the video.