Fact Check: Can A Single Dose Of Covid-19 Vaccine Protect You From The Virus? Here’s The Truth

According to a new UK study, a single dose of either the Oxford/AstraZeneca or Pfizer/BioNTech vaccines have been found to cut Covid-19 transmission rates by up to half. 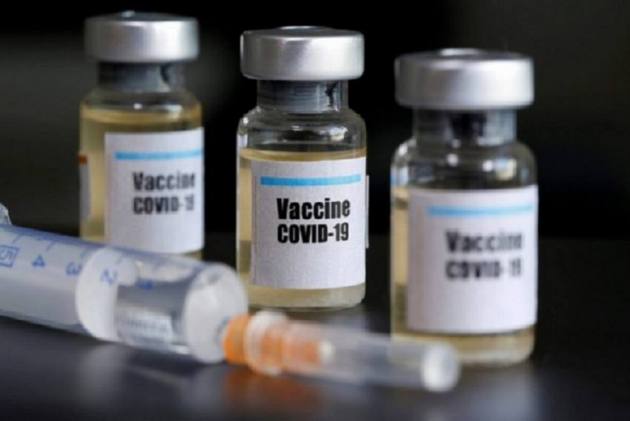 With India rolling out its countrywide Covid-19 vaccination program for all adults, many have raised apprehensions about the efficacy of the vaccines.

At the moment, Oxford-AstraZeneca’s Covishield being manufactured by Serum Institute of India and Bharat Biotech’s Covaxin are being used to inoculate people.

Russia’s Sputnik V vaccine has also been granted emergency use approval by the country’s top drug regulator. On Saturday, about 1.5 lakh doses of the vaccine arrived in India and the Sputnik V jabs will be used to inoculate people once the company receives necessary clearances from the Centre.

What Medicines Should Be Taken If You Have Covid-19? Expert Answers

However, with many states including West Bengal, Tamil Nadu, Punjab and Maharashtra flagging a shortage of vaccines, many people are unsure if they will receive both the doses of the Covid-19 jabs during their scheduled appointments.

Amid these developments a UK study has found that a single dose of either the Oxford/AstraZeneca or Pfizer/BioNTech vaccines have been found to cut Covid-19 transmission rates by up to half.

According to a new Public Health England (PHE) study released earlier this week, those given a first dose of either of the two vaccines currently being administered by the National Health Service (NHS) in the UK and who became infected with Covid-19 – three weeks later were between 38 and 49 per cent less likely to pass the virus on than unvaccinated people.

The PHE also found that protection against Covid-19 was seen from about 14 days after vaccination, with similar levels of protection regardless of age of cases or contacts.

“A new study shows one dose of the vaccine can cut the risk of household transmission by up to 50 per cent. This is further evidence that the vaccine protects you and those around you. When you get the call, get the jab,” said UK Health Secretary Matt Hancock.

The study, which is yet to be fully peer-reviewed, included more than 57,000 contacts from 24,000 households in which there was a lab-confirmed coronavirus case that had received a vaccination, compared with nearly 1 million contacts of unvaccinated cases.

Contacts were defined as secondary cases of coronavirus if they tested positive two to 14 days after the initial household case. Most of the people in the study were under the age of 60.

The protection against transmission was found on top of the reduced risk of a vaccinated person developing symptomatic infection in the first place, which has previously been found to be around 60 to 65 per cent – four weeks after one dose of either vaccine.

"Vaccines are vital in helping us return to a normal way of life. Not only do vaccines reduce the severity of illness and prevent hundreds of deaths every day, we now see they also have an additional impact on reducing the chance of passing Covid-19 on to others," said Dr Mary Ramsay, head of immunisation at PHE.

While the findings are seen as "encouraging", the PHE is calling on people to continue with safety measures against transmission such as "practise good hand hygiene and follow social distancing guidance".

Another study has shown that one in four people have mild, short-lived side effects after receiving the Pfizer or AstraZeneca vaccines. The most common side effects were headache, fatigue and tenderness, most peaking within 24 hours after vaccination and usually lasting one to two days.

The study, which is published in the ‘Lancet Infectious Diseases’ and is based on analysis by researchers at King's College London with data from the Zoe COVID Symptom Study app, tracks 627,383 users of the app who reported effects within eight days of receiving one or two doses of either vaccines between December 8, 2020, and March 10 this year.

"The data should reassure many people that, in the real world, after-effects of the vaccine are usually mild and short-lived, especially in the over-50s, who are most at risk of the infection," said Tim Spector, professor of genetic epidemiology at King's College London and lead scientist on the symptom study app.